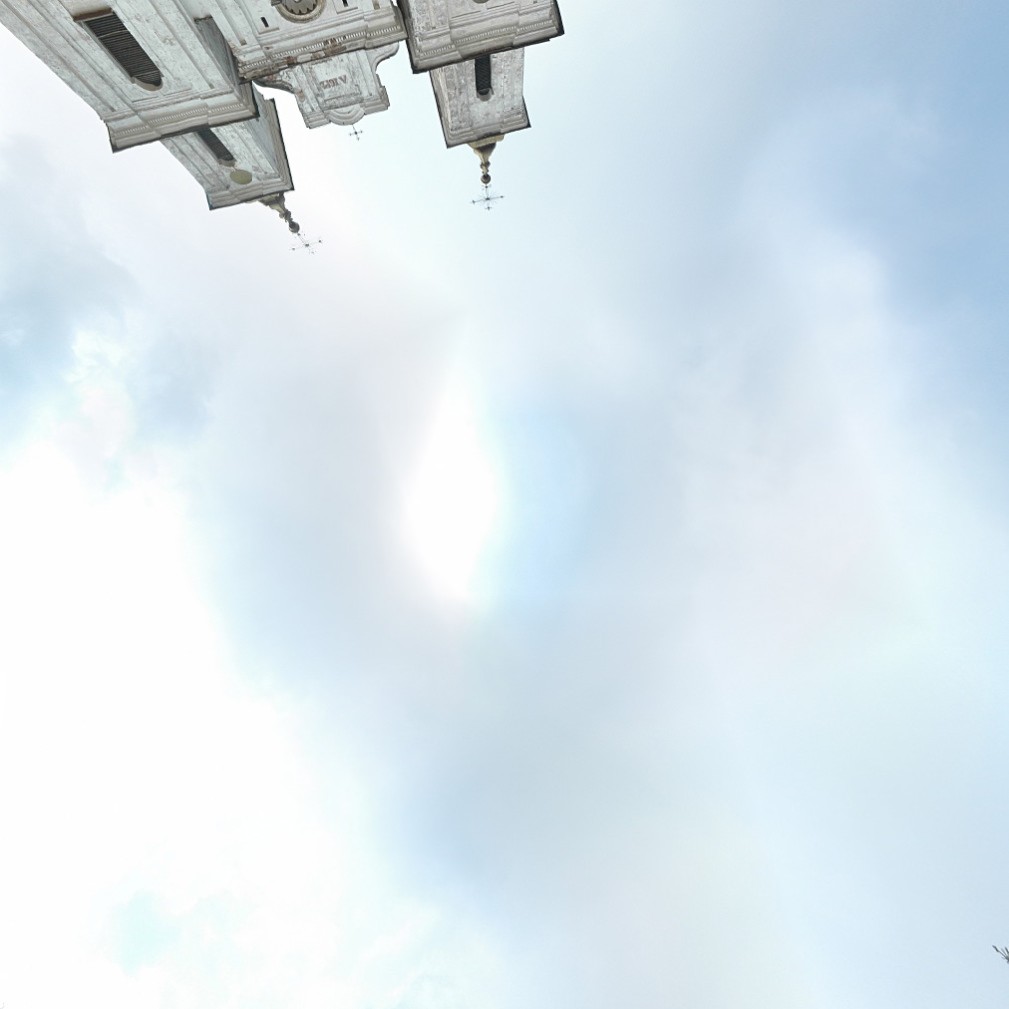 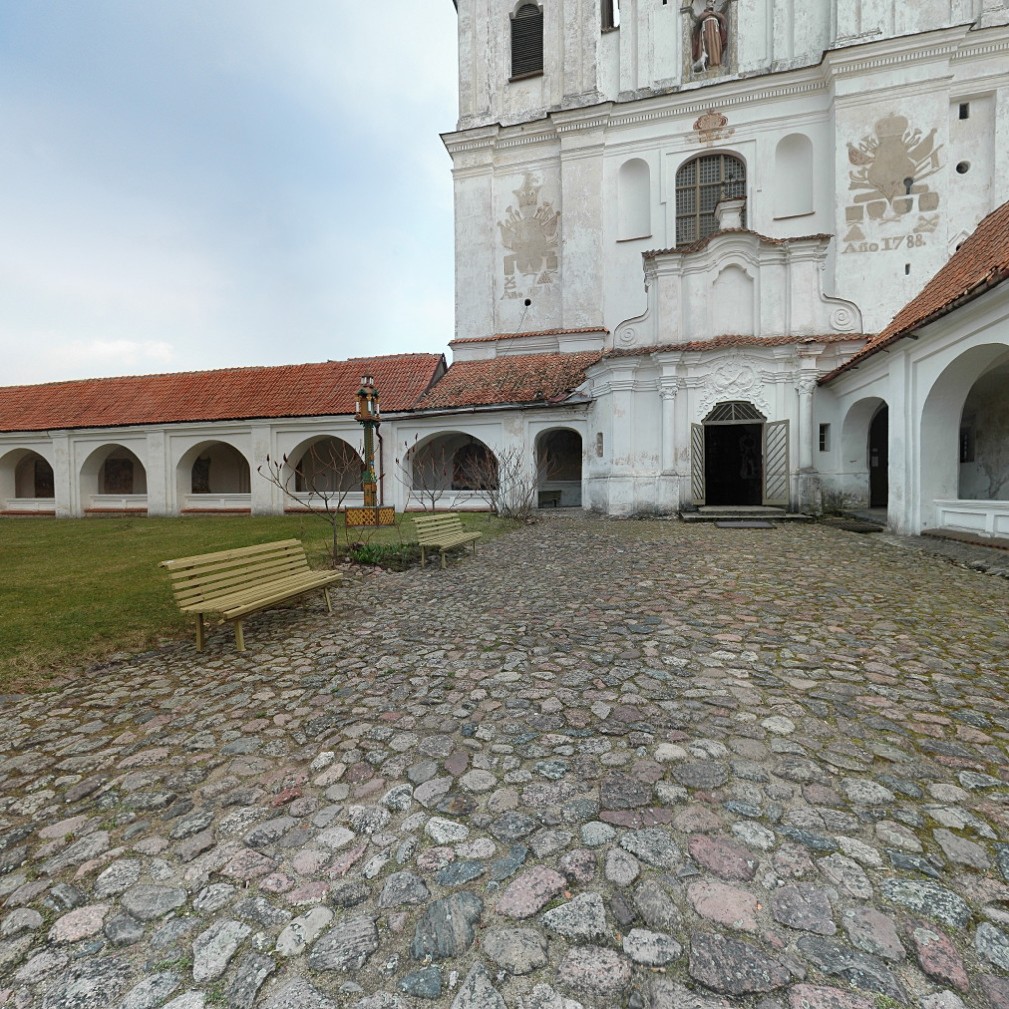 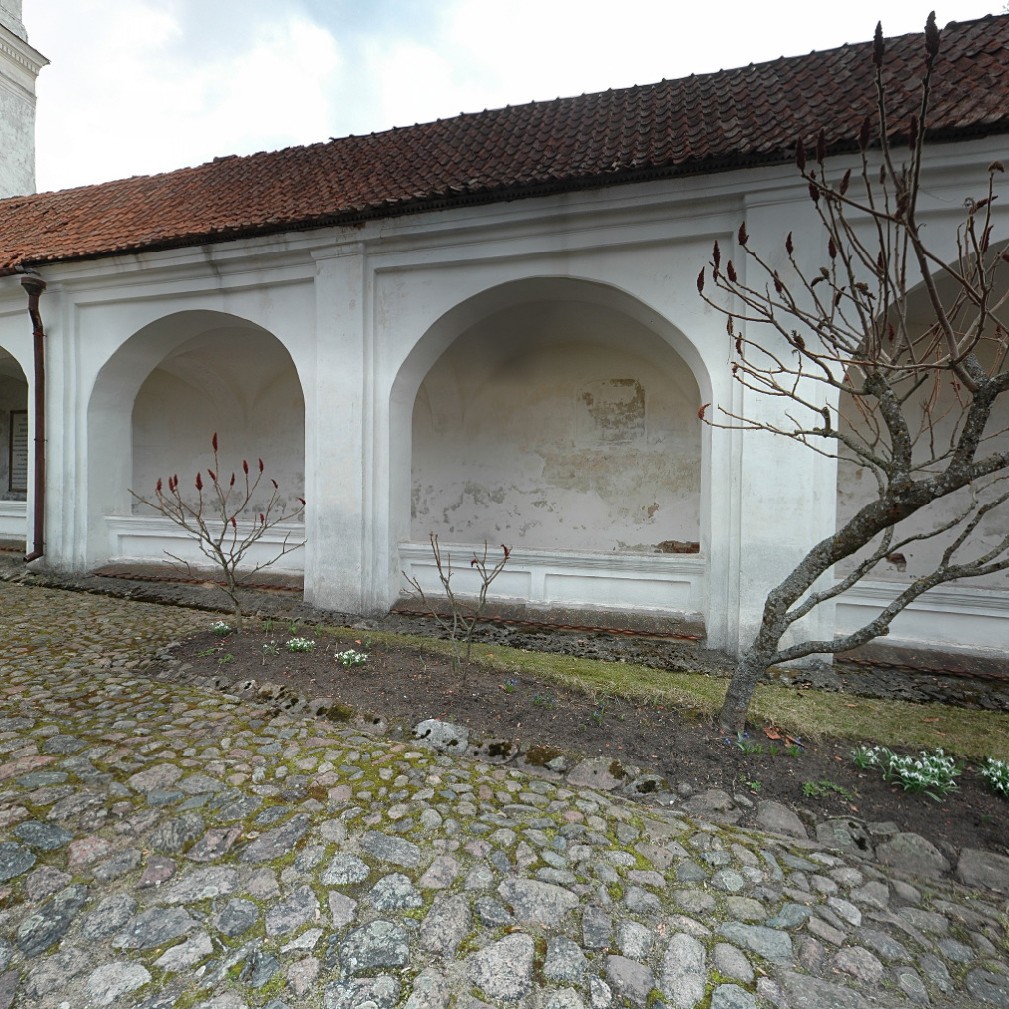 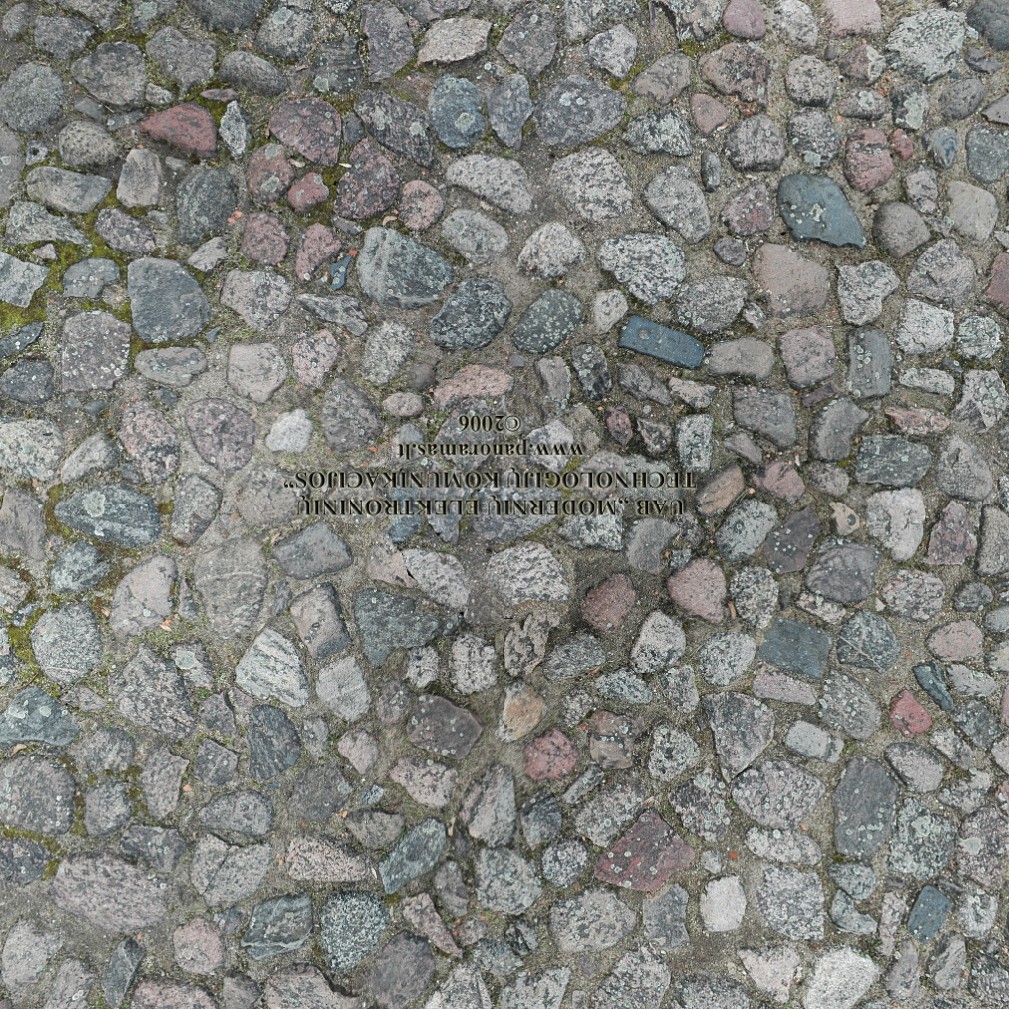 All panoramas of this object: Tytuvenai Curch (11)

HISTORY
At the beginning of 17th century, the Bernadine Monastery of Tytuvenai was founded at a sharp bank of Tytuva stream surrounded by lakes Bridvaisis, Gilius, and Varlyne. The founder of the monastery, Andrius Valavicius the standard bearer of the Great Duchy of Lithuania, the Judge of Samogitia land court, and the owner of the village and the estate - with his second wife Kotryna Goslaskaite invited Bernardine monks in 1613.

On May 1. 1614 in Tryskiai, A. Valavicius wrote the instruction for the building of this monastery, where he indicated that he had allocated 10,000 gold coins, already prepared building material, land site, two ponds with watermill, and three lakes for the building of the church and the monastery. The patron wished to be buried together with his wives in an ornate church of nice proportions.

Due to various unfavorable factors (division of device after the death of Andrius Valavicius on September 7, 1614) the building was started only four years later. The superintendent of Zemaiciai
diocese, the canon Merkelis Geisas consecrated the foundation stone of the church on June 20, 1618.

From 1618, founder's brother, the treasurer of the Great Duchy of Lithuania and the elder of Samogitians, Jeronimas Valavicius continued the works. Having finished the building of the church in 1633, it was consecrated by the Samogitian bishop Jurgis Tiskevicius on November 1, 1635. The guardian Bernardinas Svabas, who had come from Kaunas Bernardine Convent, became the first prior of the monastery.

In 1736 the first school for noblemen's children was founded at the Bernardine monastery. In 1746 the other school was founded for candidates to priests. During the period 1764 - 1770 a two-floor novitiate was built.

In 1864 Russian occupation government, having accused the monks of supporting the rebels of 1863 rebellion, ordered to liquidate the monastery and to close the church. The last Bernardine guardian Andrius Petravicius was exiled to Siberia. However, owing to the efforts of Samogitian bishop Motiejus Valancius, the church was preserved then and up to now.

ARCHITECTURE
In 1633, having finished the building (under the leadership of Tomas Kasparas from Vilnius Bernardines) the ensemble consisted of one-tower church and the building of the monastery,
grouped by a closed rectangular yard. There used to be six altars in the church dedicated to Holy Virgin Mary.

In the second half of 18 th century, the monastery ensemble, reshaped in forms of late Baroque according to a new iconographic program, took the present view, which have changed little till
nowadays. The works were carried out from 1759 till 1788. The churchyard rectangular closed yard surrounded by open arched galleries (they join three hexagonal chapels set up in the corners) was connected originally to the church. At the end of 18 th century, 24 multi-figured frescoes, depicting various Biblical episodes and the scenes of Christ's suffering, were painted on the walls of the galleries. High relief stations of the Cross (14) were also created, each of them having some earth from Jerusalem set in them under a glass shell.

In the center of the churchyard, the chapel of Holy Stairs was built in 1771 - 1775. This fairly rare type of church repeats the composition of the Holy Stairs (Scala Sancta) brought by St. Elen from Jerusalem to Rome and identified with the stairs of Pontius Pilate's palace. There are two rows of stairs in the chapel: one meant for the prayers to climb up on their knees (there is also some earth from Jerusalem in each of the thirty stairs under a glass shell), reflecting the sacrifice of Jesus Christ, the other is meant to climb down. The guardian of Tytuvenai monastery Antanas Burnickis had brought this precious gift some earth from the Eternal town - as far back as 1732.