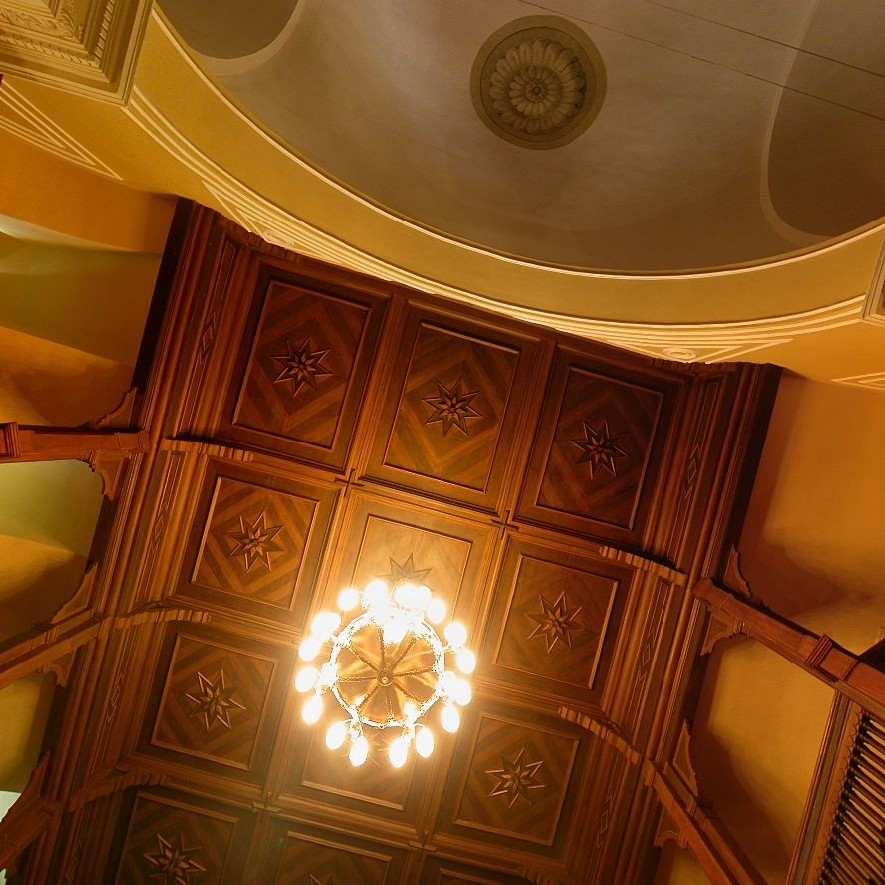 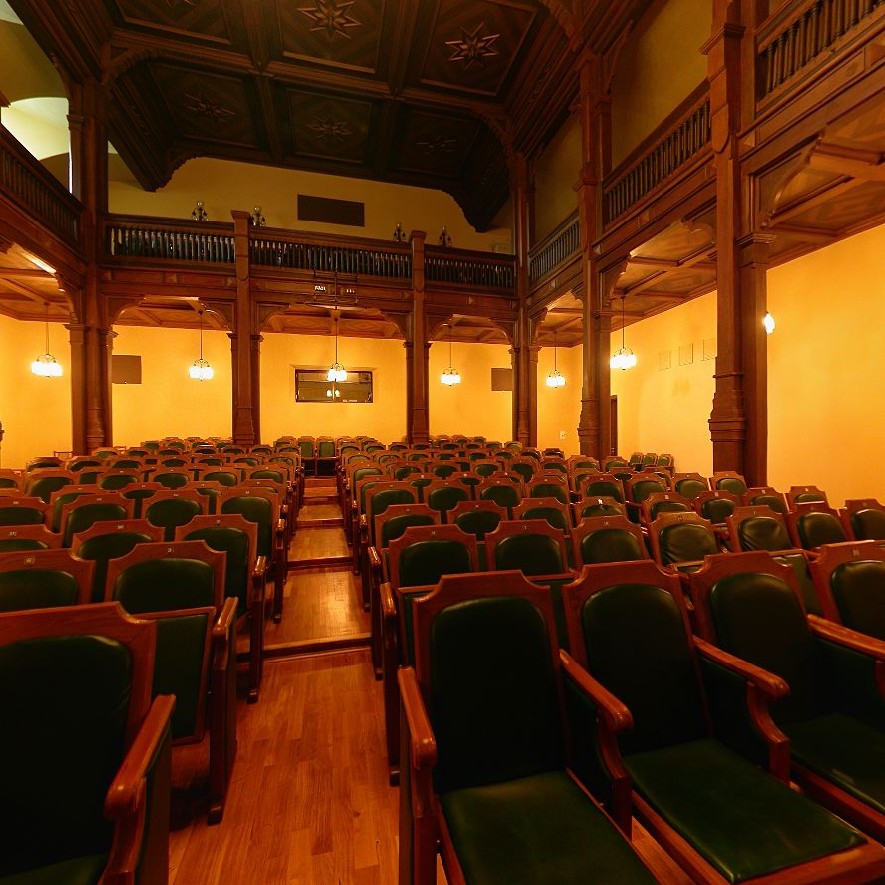 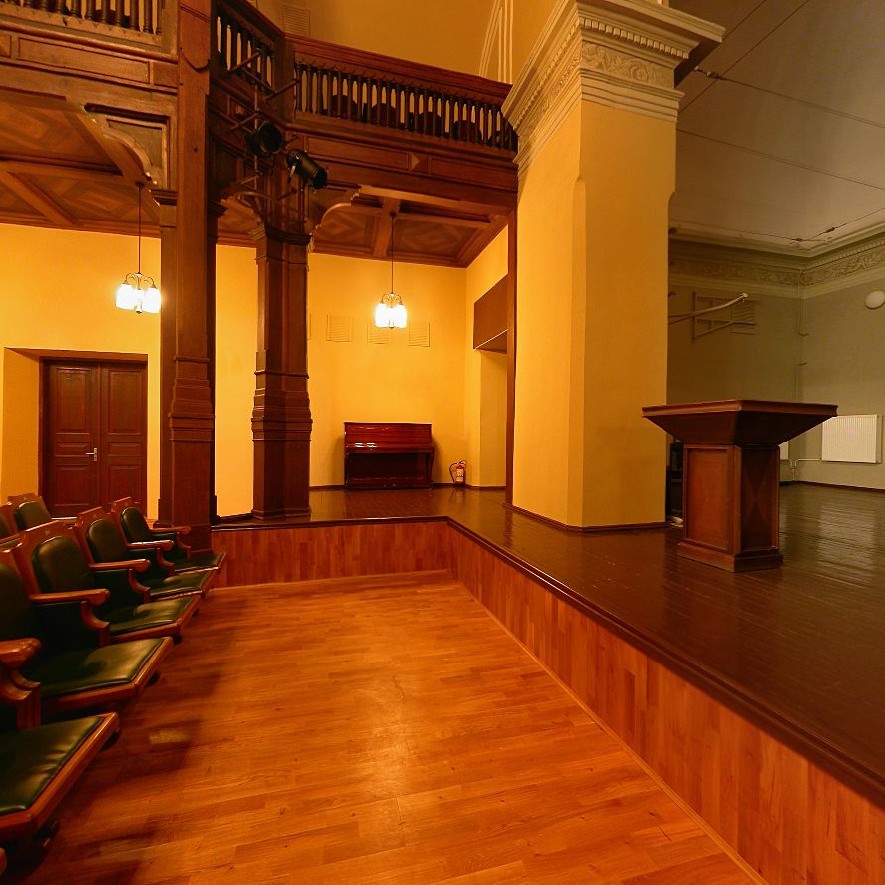 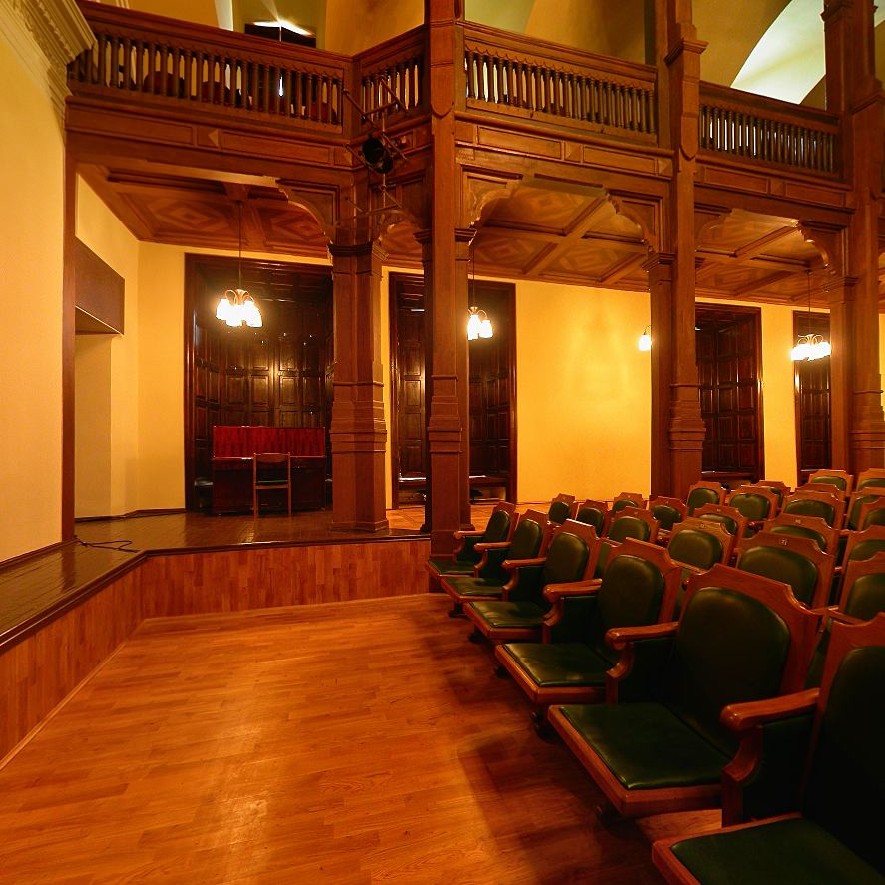 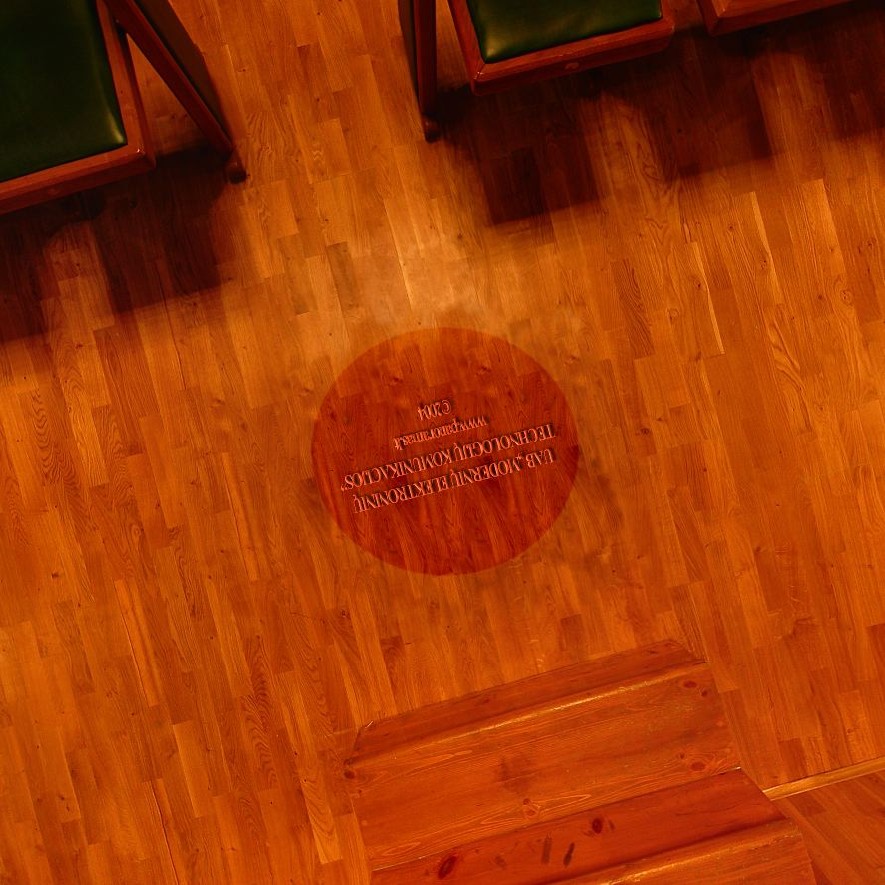 The Jesuit theatre was very popular in town, both the rulers and nobility attended performances. Since the 18th century the Theatre Hall of the Jesuit Academy, well equipped for performances, was known to be on the second floor in the Grand Courtyard.
In 1804, according to the design of the architect Michal Szulc the Hall was converted into three auditoria for lectures and experiments in physics. After the closing of the University, the Theatre Hall was altered to serve as an Orthodox Church of the Gymnasium. Then a balcony on wooden pillars and a wooden ceiling were added. In the Stephen Báthory University the hall was named after Professors Sniadeckis and used for public lectures. Today it belongs to the student theatre, conferences and seminars are also held there.
During the repair works before the celebration of the 425th anniversary of the University, on the present stage, in the former orchestra niche, a painted cornice and a fragment of the ceiling décor above the main lamp were restored.