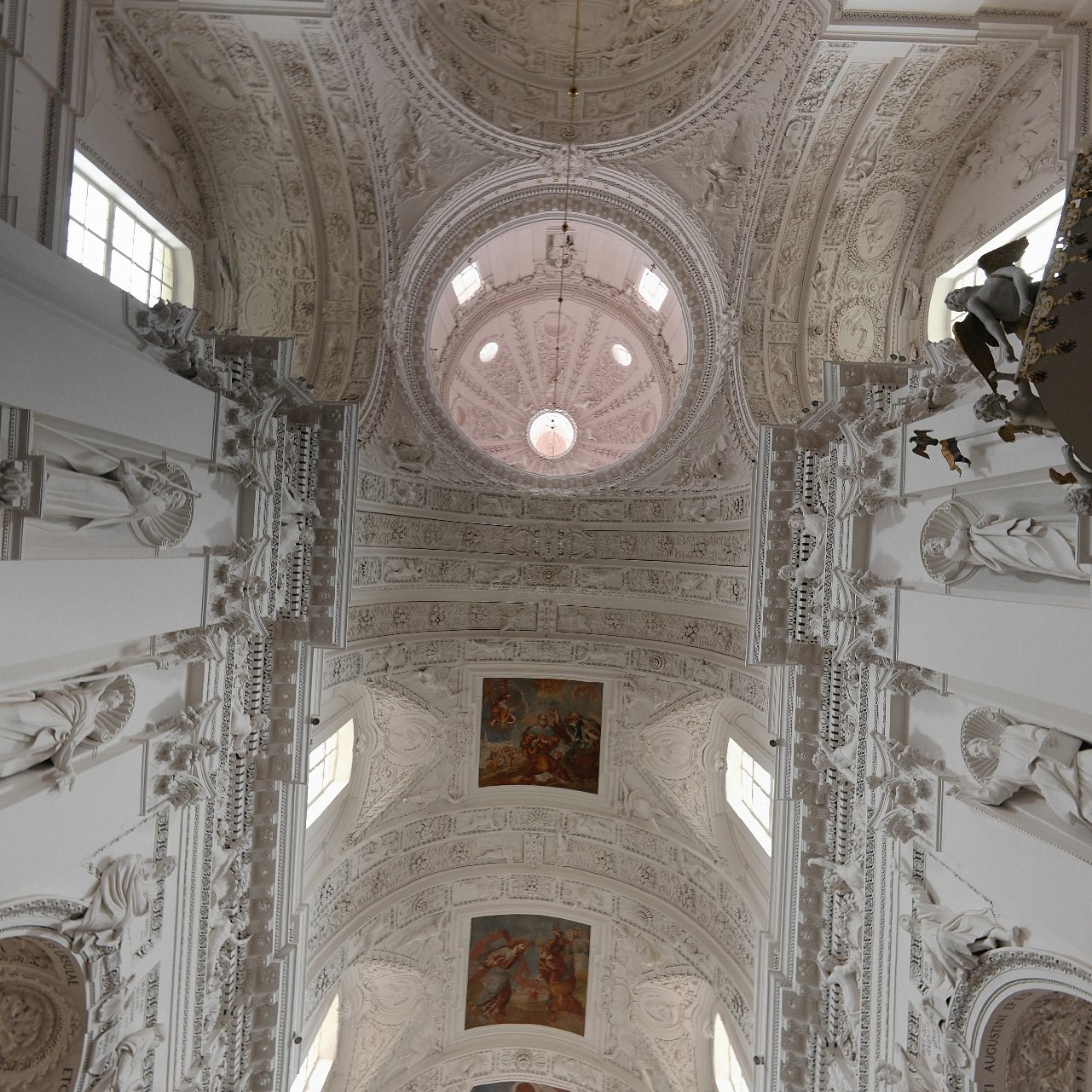 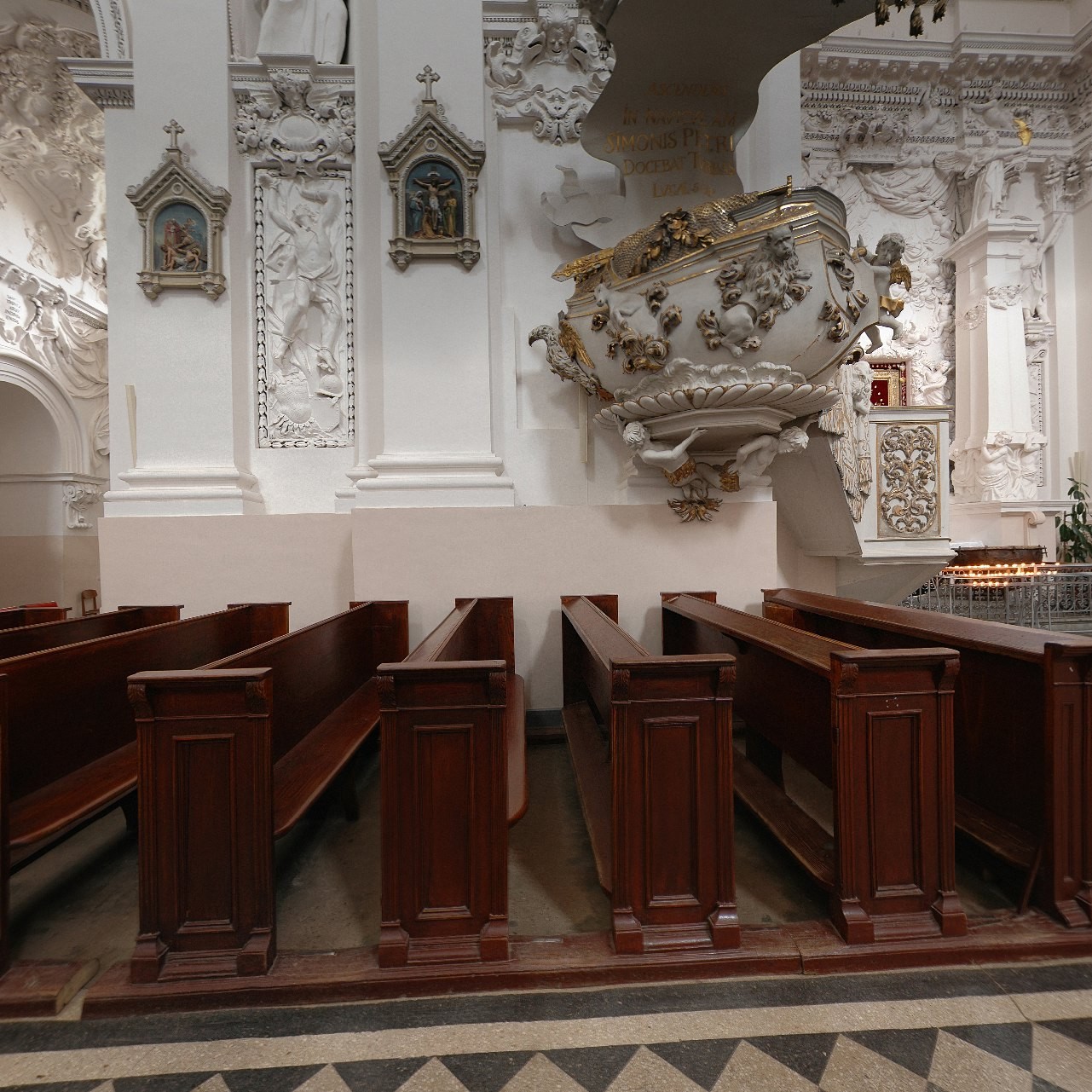 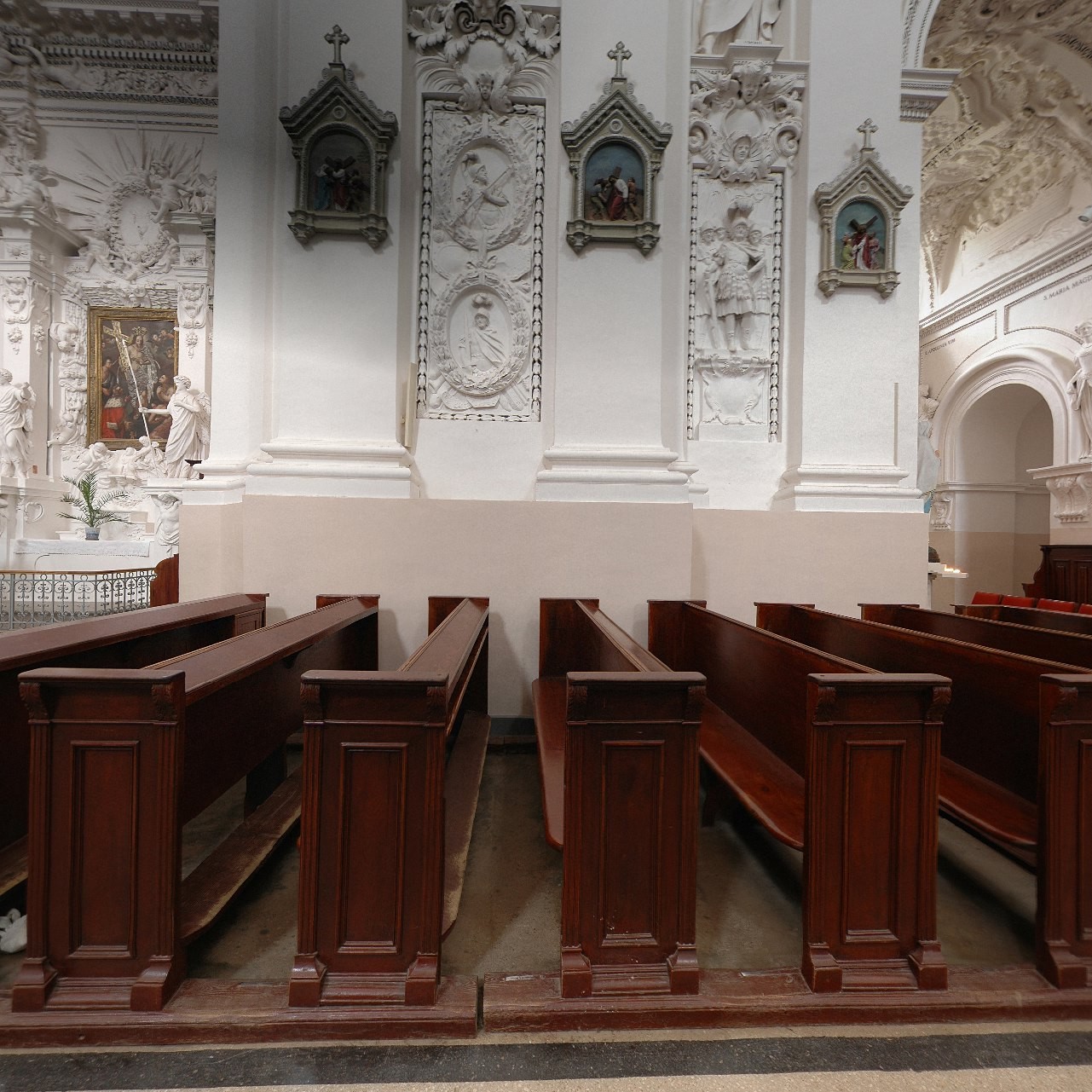 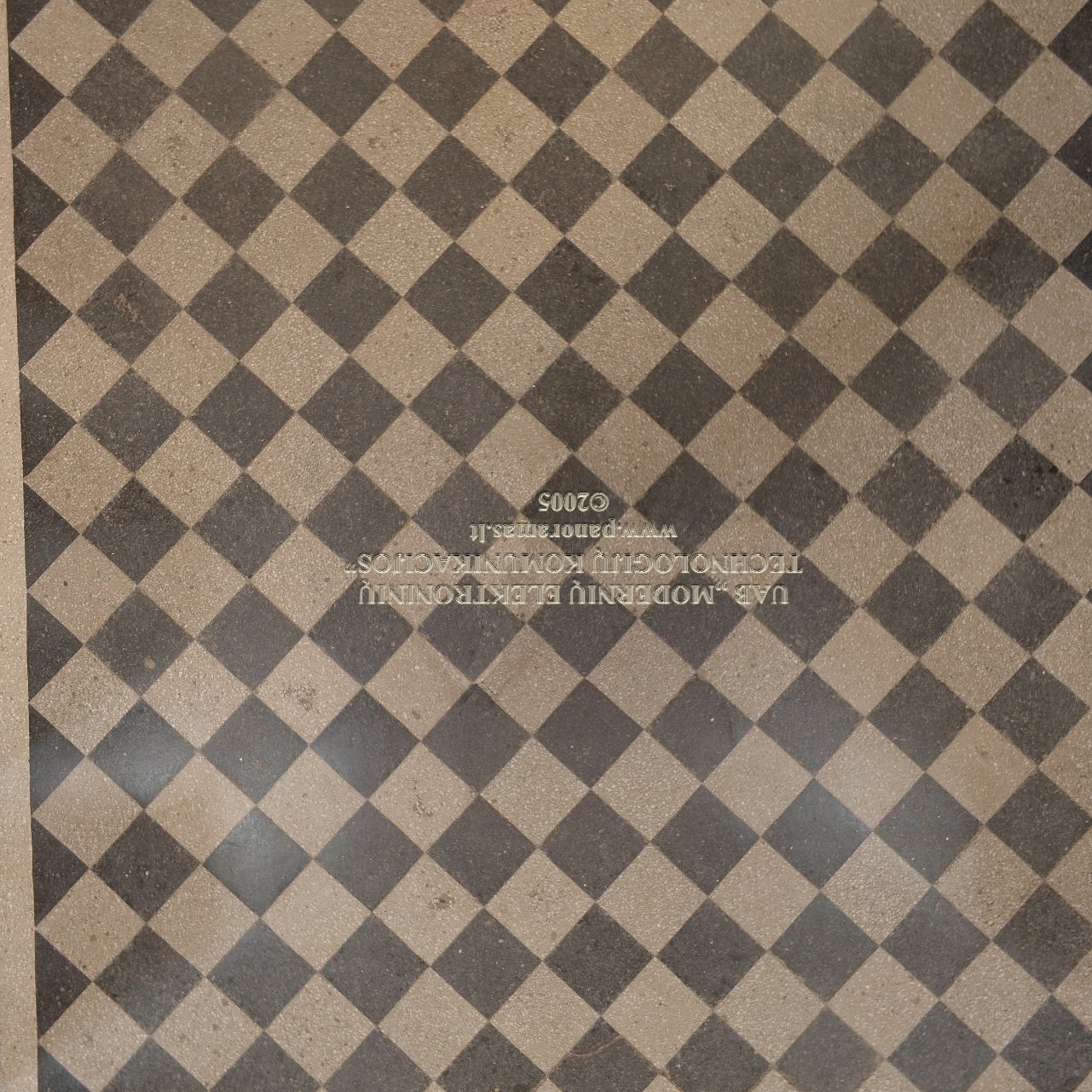 Mykolas Kazimieras Pacas, who managed to escape alive from the rebellious army, promised to build a beautiful church in a picturesque site on the hill that was called Tauro hill. Already during Algirdas' rule a small wooden church stood in that place. During the times of Vytautas the church was also wooden. Bishop Taboras of Vilnius repaired the crumbling church at the end of the 15 th century, unfortunately, the church burned in 1594. A new wooden church constructed in 1609-1616 was given to the Canonists of Lateran. Russians demolished the church in 1655-1661. M.K. Pacas began to build a brick church under the plan of Italian architects Jan Zaoro and G.Frediani in 1668. The building works were completed in1676. Sculptors Giovanni Galli from Rome and Pietro Perti from Milan did the interior works. Perti created the figures and heads while Galli moulded the flowers and ornaments. Approximately 2000 figures were made. The Italian painter Martino de Alto Montis of Rome painted the frescoes. The church was consecrated in 1701. The founder allocated the church to the Canonists of Lateran, and also built a big monastery near the church for them in 1676-1682. The Canonists were expelled in 1864, and the monastery was used as barracks. M.K.Pacas died in 1682 and following his wish was buried under the threshold of the church. His memorial plate had the following inscription: “Hic iacet peccator” (“A sinful man rests here”). When a lightning cracked the plate at the end of the 18 th century, it was walled beside the door. In 1803 sculptors Nicolae Piano and Giovanni Beretti from Milan renewed the church and started to build the great altar, however, due to the lack of finance they managed to construct only a pulpit in the shape of a ship. The church was restored many times but remained without major changes until today. The church was damaged in the year 1942 of World War II. The central cupola was rebuilt in 1944-1946. Priest Mykolas Tarvydas reroofed the church in 1954. The heating system was installed in 1968. The exterior was restored in1964-1974 while the interior in 1984. The church presents a masterpiece of baroque architecture not only in Vilnius but also in the Baltic States . Smuglevičius' picture hangs on the wall of the great altar. On the left side of the presbytery stands the holy statue of Jesus “Ecce homo” (“Behold the man!”) which was transferred from the church of Lord Jesus (situated in Antakalnis) when the church was transformed into an orthodox church. Pope Inocent XII sent the figure-statue from Rome to Vilnius Trinitarians in 1700. The picture portraying Christ who is called “The Dark one” hangs on the right side of the altar. The picture was moved above the portrait of Pacas and the figure of St Francis replaced it. There is an altar with the picture of God Mother the Gracious in the left nave. It is a copy of the picture in Italy. The picture was brought by Jurgis Tiškevičius and given as a present to the church in 1653. The church was among the ones that were not closed. The remains of St Casimir transferred rested here for some time. They were transferred back to the chapel of St Casimir of the Cathedral only in 1989. Chapels: Right side: 1. St Augustine's Chapel 2. Royal Chapel 3. Baptistery (at the entrance). Left side 1. Ursula's Chapel 2. Knights' Chapel 3. Rotunda Small Chapel (at the entrance). Vytautas Šiaudinis