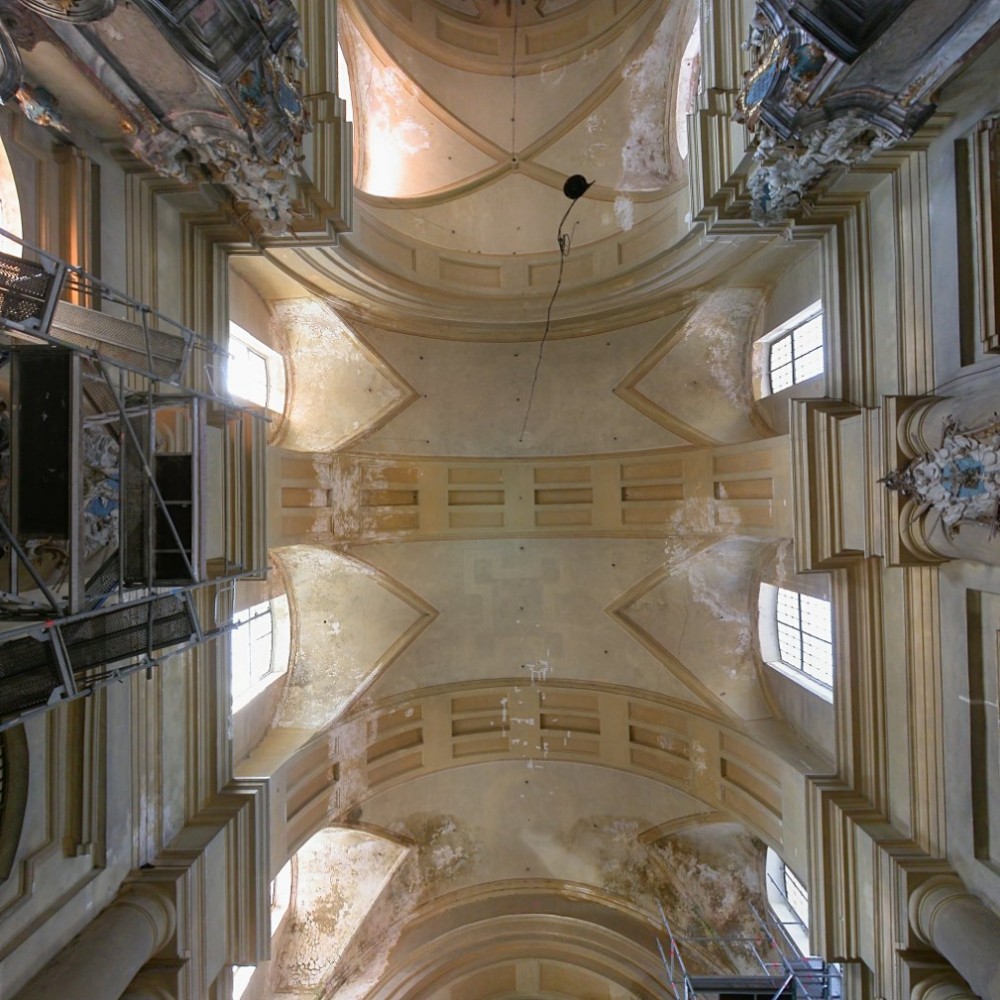 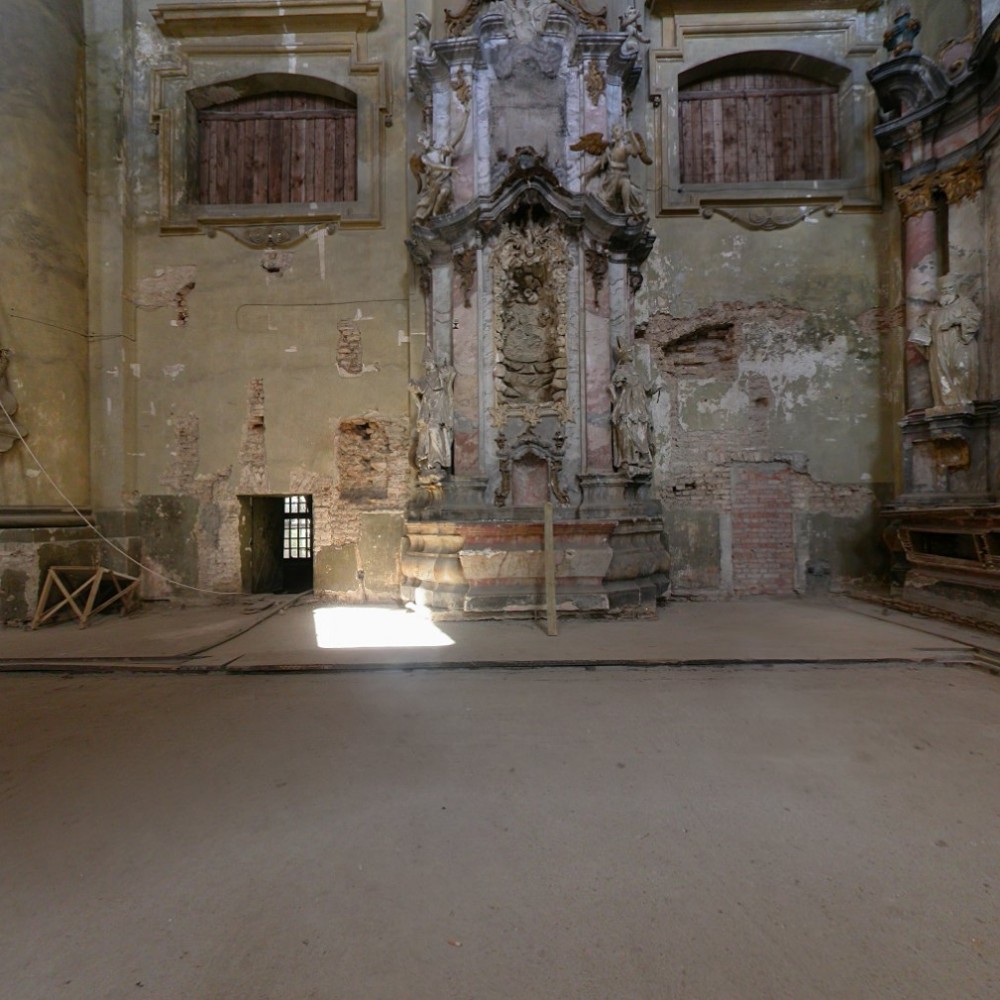 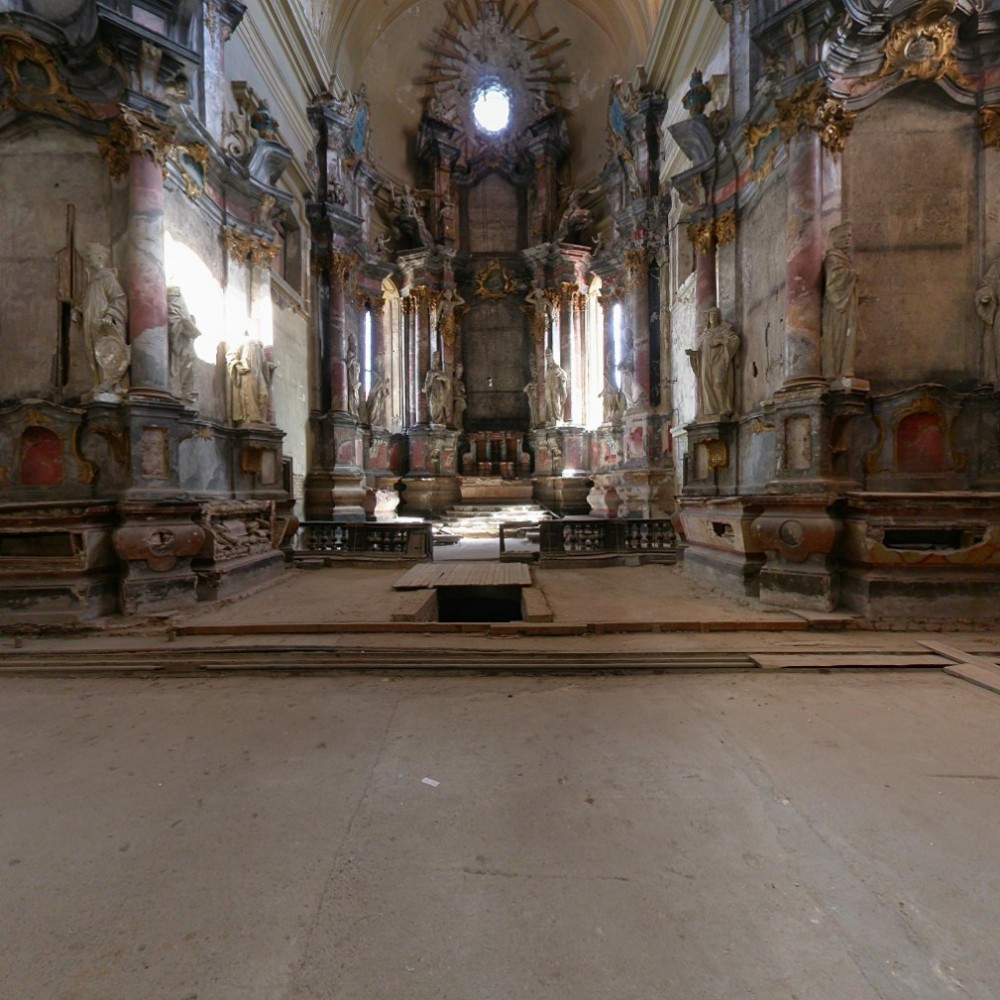 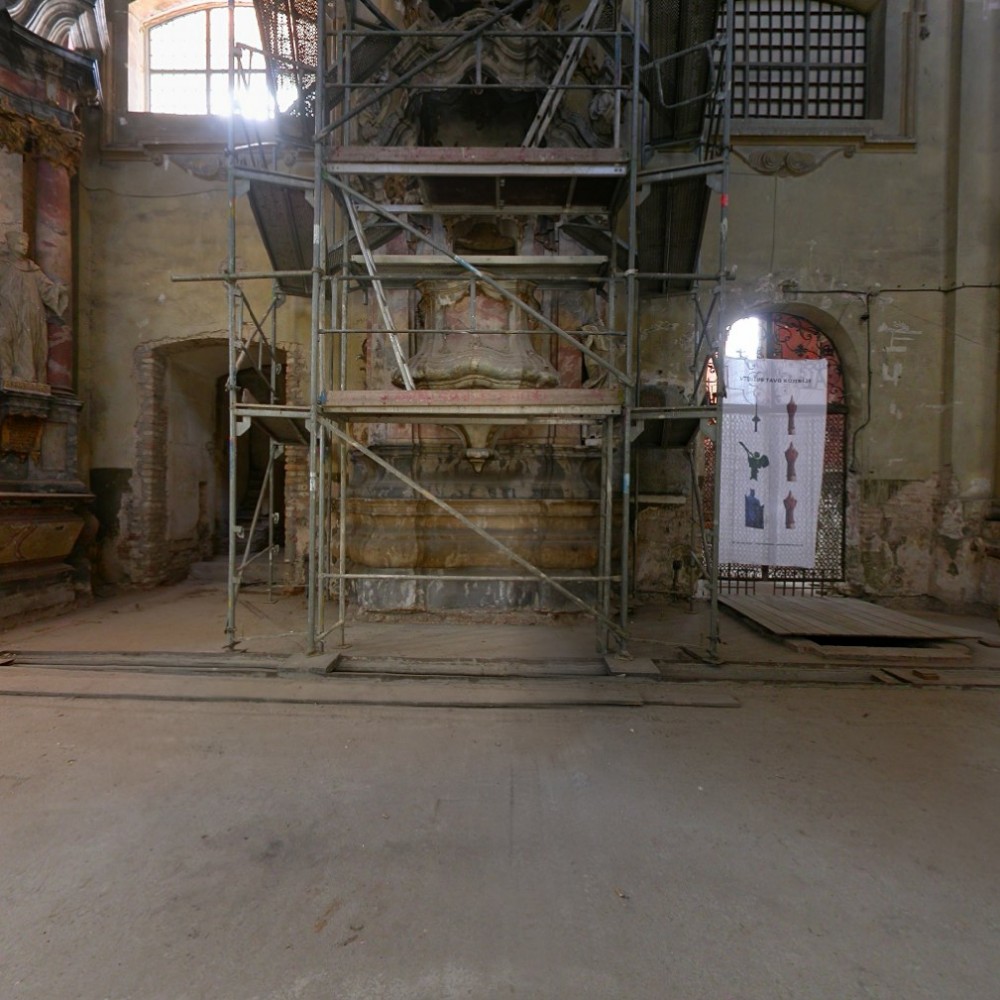 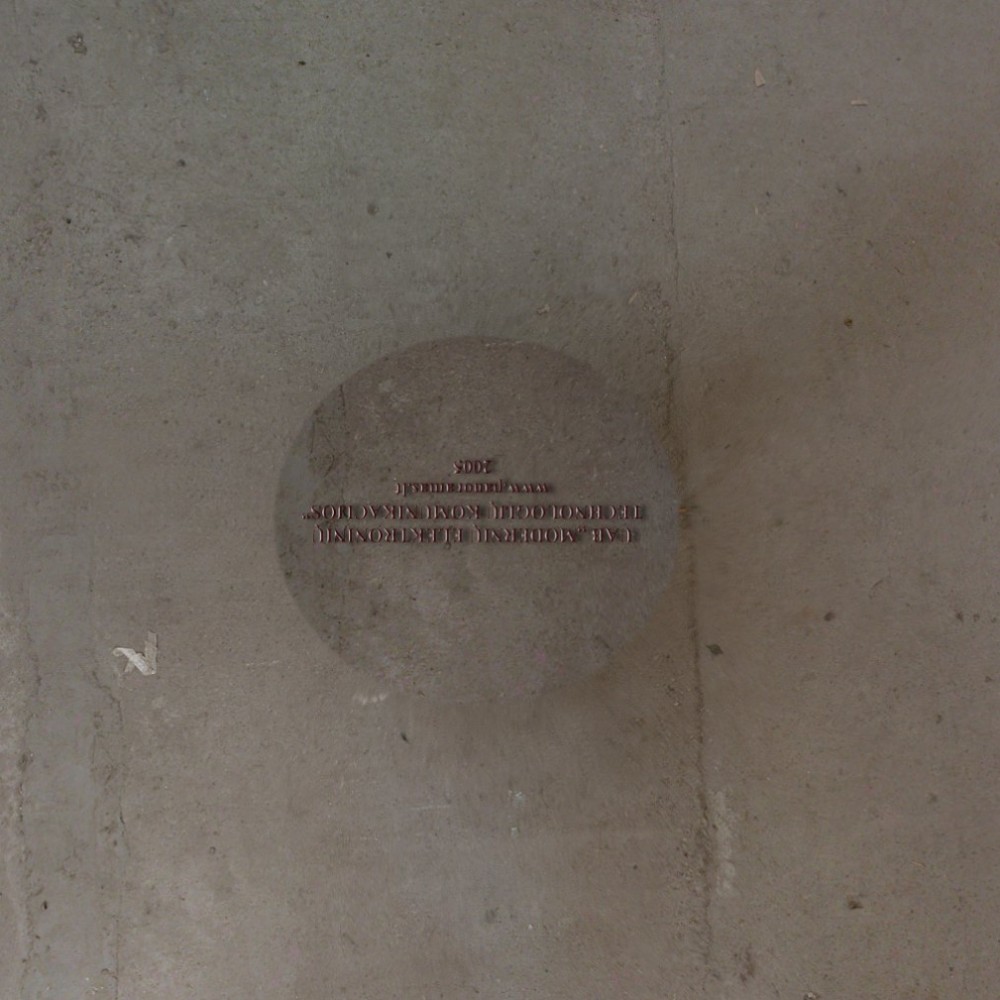 All panoramas of this object: Rebirth of St.Catherine Church (11) 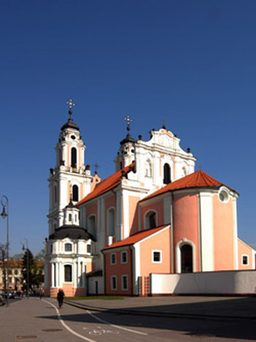 The church of St Casimir and the Jesuit monastery (house of professed monks) were founded in 1596. The church building began in 1604 but was not completed. The church was on fire in 1610, consequently, the building was completed only in 1616. Jonas Frankevičius was the architect and the manager of the works. St Casimir's church is the first baroque church built in Vilnius. Its architectural structure follows the plan of the first Jesuit church in Rome: longitudinal and transversal naves form a Latin cross and a high cupola rises high at the crossing point. The side naves are chapels above which open galleries are constructed. The façade of the two-tower church strictly follows the Lithuanian tradition of church building. The fire of 1749 destroyed the interior of the church and the vaults of the cupola collapsed. The church underwent complete reconstruction during 1750-1755: the baroque cupola was rebuilt, thirteen new altars with numerous sculptures of the saints of artificial marble and an ornate pulpit were built. The style of the elements that remained after that reconstruction clearly indicates the author – Architect J.K. Glaubicas.
Side wall galleries were walled during the reconstruction. Six big pictures depicting different events of St Casimir's life replaced them. The Jesuit Fridrikas Obstas was the author of the pictures.

After the close of the Jesuit Order in 1773, the church was transferred to the Emeritus priests and became a parish church starting from 1799. The French, who came in 1812, transformed the church into a grain crops warehouse and damaged it considerably. The Missioners took over the church in 1815 and repaired it beautifully. The church was closed and turned into St Michael's sobor (a higher Russian orthodox church) under Tsar's order in 1832. 10 baroque altars of artificial marble and the wonderful pulpit of J.K.Glaubicas were destroyed after the reconstruction of 1834-1837 under academician A.Rezanovas' project.
In 1867 Architects Čaginas adapted the church for the sobor by lowering the corner towers of the façade, adding onion-shaped cupolas on top of them, removing the mitre of Grand Duke from the central cupola and placing a small cupola instead. The new elements were covered with gilded tin. A porch with a similar cupola was built and the façade was decorated. The music gallery was demolished. A decorated baroque gravestone made of white marble with a figure of a laying knight that was built for Field Hetman of the Grand Duchy of Lithuania Vincentas Gosievskis, who was killed during the uprising of the army in 1662, was also destroyed. Before the reconstruction of the 19th century the church was a construction of tectonic composition with simple, massive forms, majestic, monumental. A baroque porch built in 1755 added some variety to its strict and laconic forms.

The church was given back to the Catholics in 1917. During the German occupation the service was held for the Protestant soldiers. The gallery of the church was rebuilt in a different manner in 1922-1925. The interior was repaired and the changes made by Russians were removed. During the interwar period the church with the monastery belonged to the Polish and starting from 1940 – to Lithuanians. A school was established in the monastery. The first boys' school (former Vytautas the Great School) was founded in 1942. Later the school was renamed as A.Vienuolis Secondary; and now it is the Jesuit School.