The Church of St Anne (read) 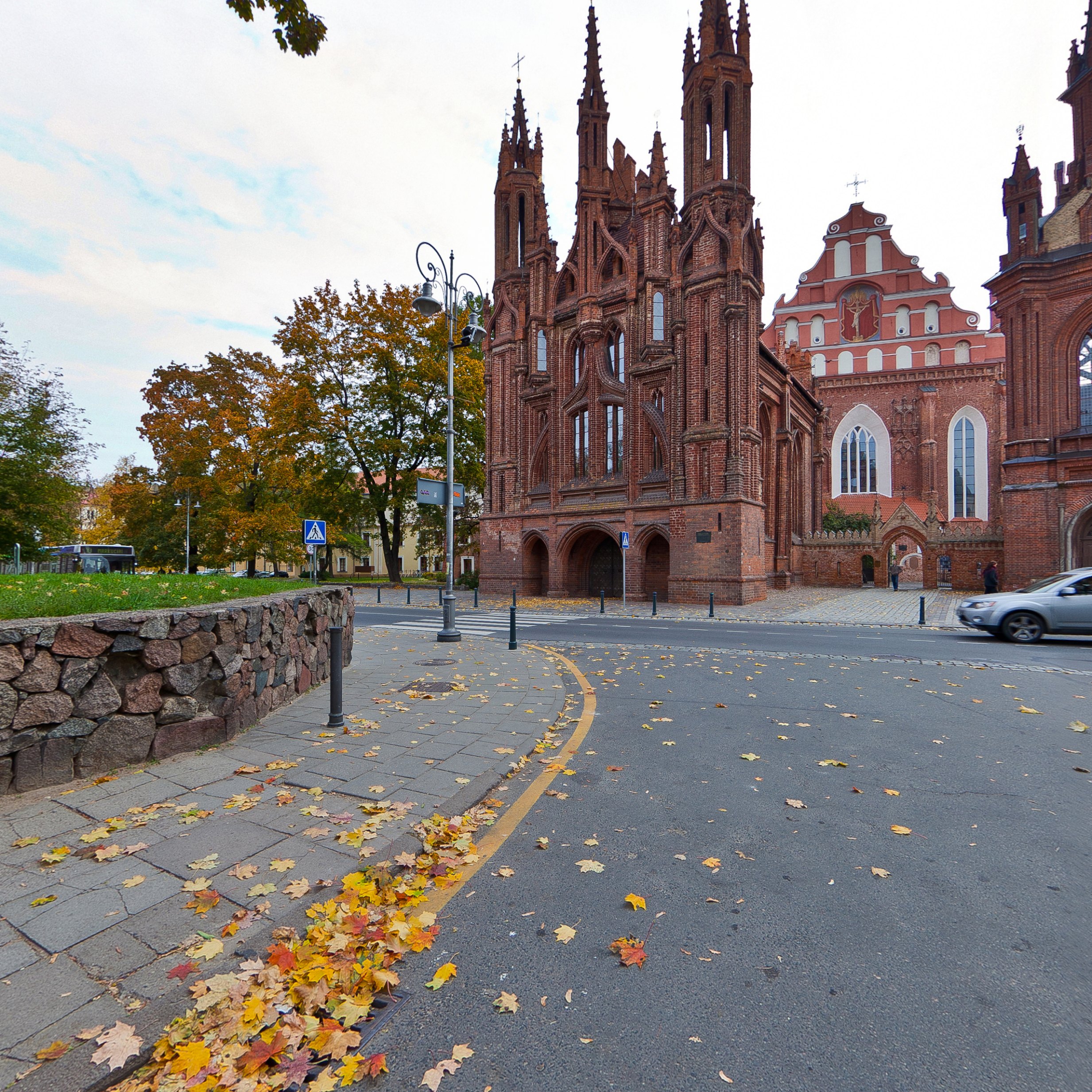 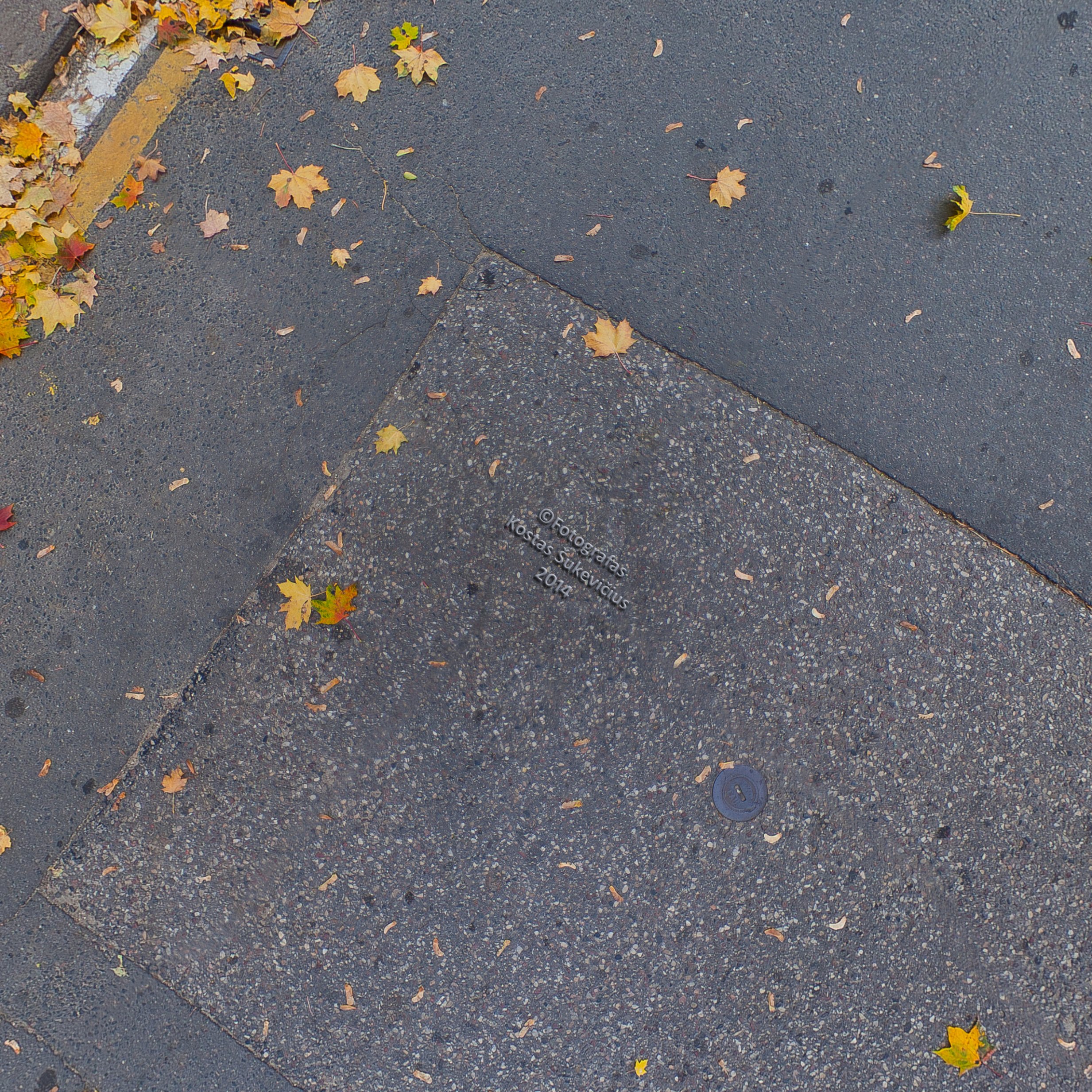 All panoramas of this object: St. Anne’s Church (5)

Starting from 1819 all authors agree that St Anne's church is a gothic architecture building of universal importance. The first records mentioning a wooden church of St Anne go back to 1394.

It is thought that a brick St. Anne's church was built during 1945-1500 and consecrated on June 22nd 1501 . After the crumble of the Bernardine church in 1502, the monks transferred the service into St Anne's church but it nevertheless remained parochial. Grand Duke of Lithuania Alexander (1460-1506) was a patron of the church. Though the true author of the church has never been identified, it is supposed that Architect Mykolas Enkingeris, who rebuilt the Bernardine church and the monastery ensemble in 1501-1507, was the creator of the church. Mykolas Enkingeris was a citizen of the city of Gdansk . He worked as a carpenter in Vilnius for a long time and later in Gdansk, Marienburg and Karaliaučius. He performed the functions of an officer in Gdansk too. St Anne's church was left abandoned after the fire of 1564. Only in 1581 Mikalojus Radvila rebuilt the church and reconsecrated it.

According to the opinion of Vilnius University Professor Moravskis, St Anne's church belongs to the late French and Flamand Gothic architecture style that was widely spread in the 16 th century Netherlands . One could find many similar examples of the same style in the present day Belgium. St Anne's church is rectangular, 22 m long and 10 m wide. The fronton composition with three long elegant towers shooting up to the sky is the most valuable architecture work. The whole ensemble presents a charming harmony. Yellow clay bricks of more that 33 different models were used to build the church. The interior walls were plastered and the exterior painted red after the fire of 1761 smoked the walls. Brick vaults changed the old wooden roof constructions.

Napoleon was extremely impressed by the grace of St Anne's church in 1812, nevertheless, his soldiers burned the whole wooden inventory of the church. The church underwent the restoration once again in 1848-1859. The plaster was painted red and the paint was used for imitating brick seams. On July 10 th 1867 the church caught fire again after which the roof, the windows and doors needed repair. When building a street in 1872, Šulcas' bell tower was demolished and a new gothic bell tower imitating forms was built hat remained until today. Due to the danger of the church was restored again during 1902-1909. The restorer of Warsaw J.P. Dzenkonskis strengthened the foundations, drained the territory around the church, strengthened the walls with metal stringers, rebuilt the vaults, restored the fallen out bricks and stripped the external plaster. This time red clay bricks were used. Brick walls were too heavy for this architectural construction and the metal stringers in the walls of the church became a delayed bomb due to metal corrosion and a possible collapse.

Lithuanians repaired the church again during 1969-1972 under the management of Architects J.Bartkūnas and N.Kitkauskas. Severely damaged church towers were restored. The church continued to work after World War II because it was not closed as some other churches. The present day art critic Kristina Makovska rejects the possibility of M.Enkingerj being the author of St Anne's church, because he was the architect of the Bernardine church. St. Anne's church could not have been his work because the two constructions differ greatly. According to K.Makovska's hypothesis, this building, as well as the cathedral of Prague and the Vavel of Krokow, belongs to Benediktas Ridas, the architect of Vladislovas Jogailaitis. Certain data shows that Vladislovas Jogailaitis had once sent Benediktas Ridas to Vilnius together with the craftsman Jakovas whose name is inscribed on the bricks of St Anne's church. The architect died probably in 1531-1534. Vladislovas Jogailaitis ordered to paint his picture that now hangs in the cathedral of Prague .