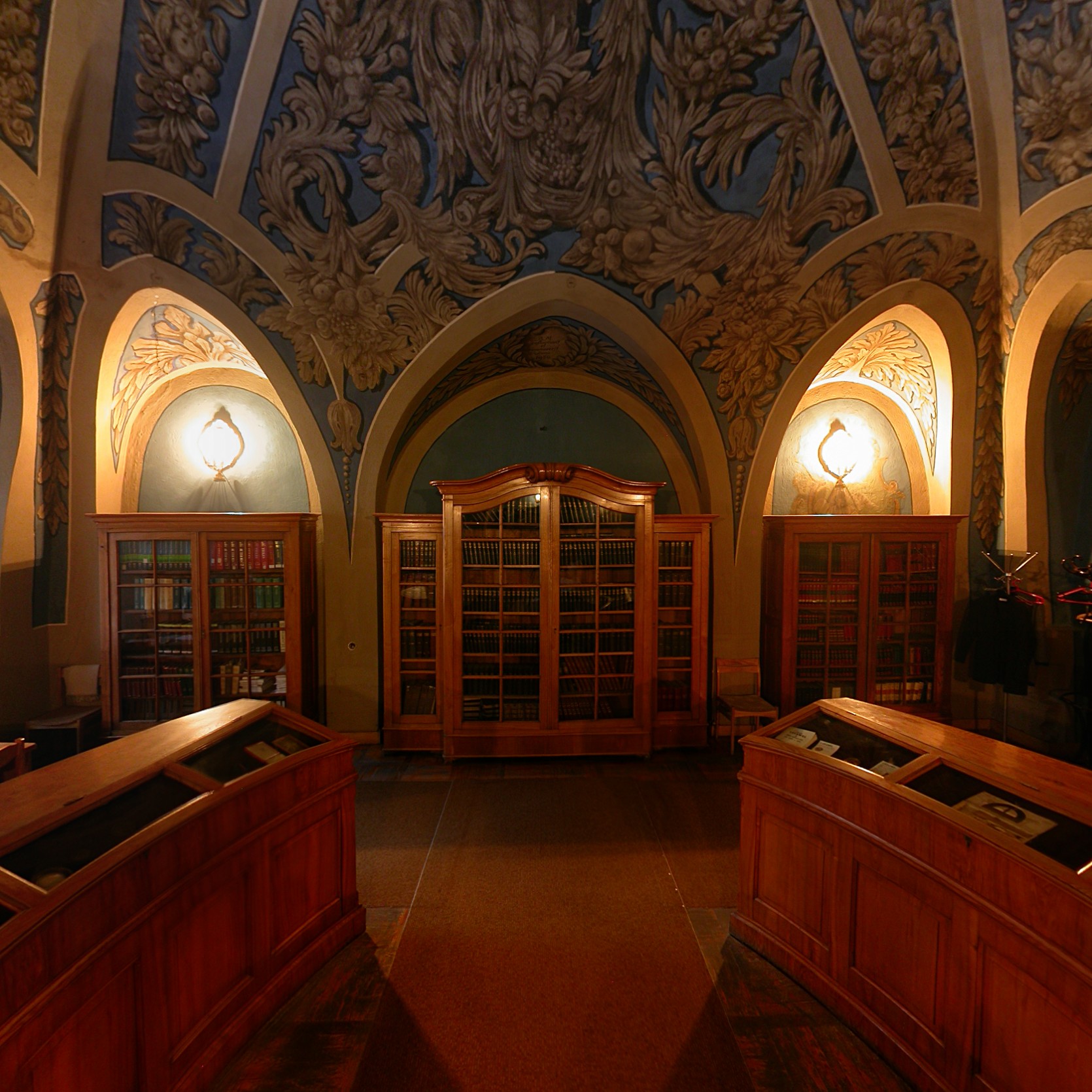 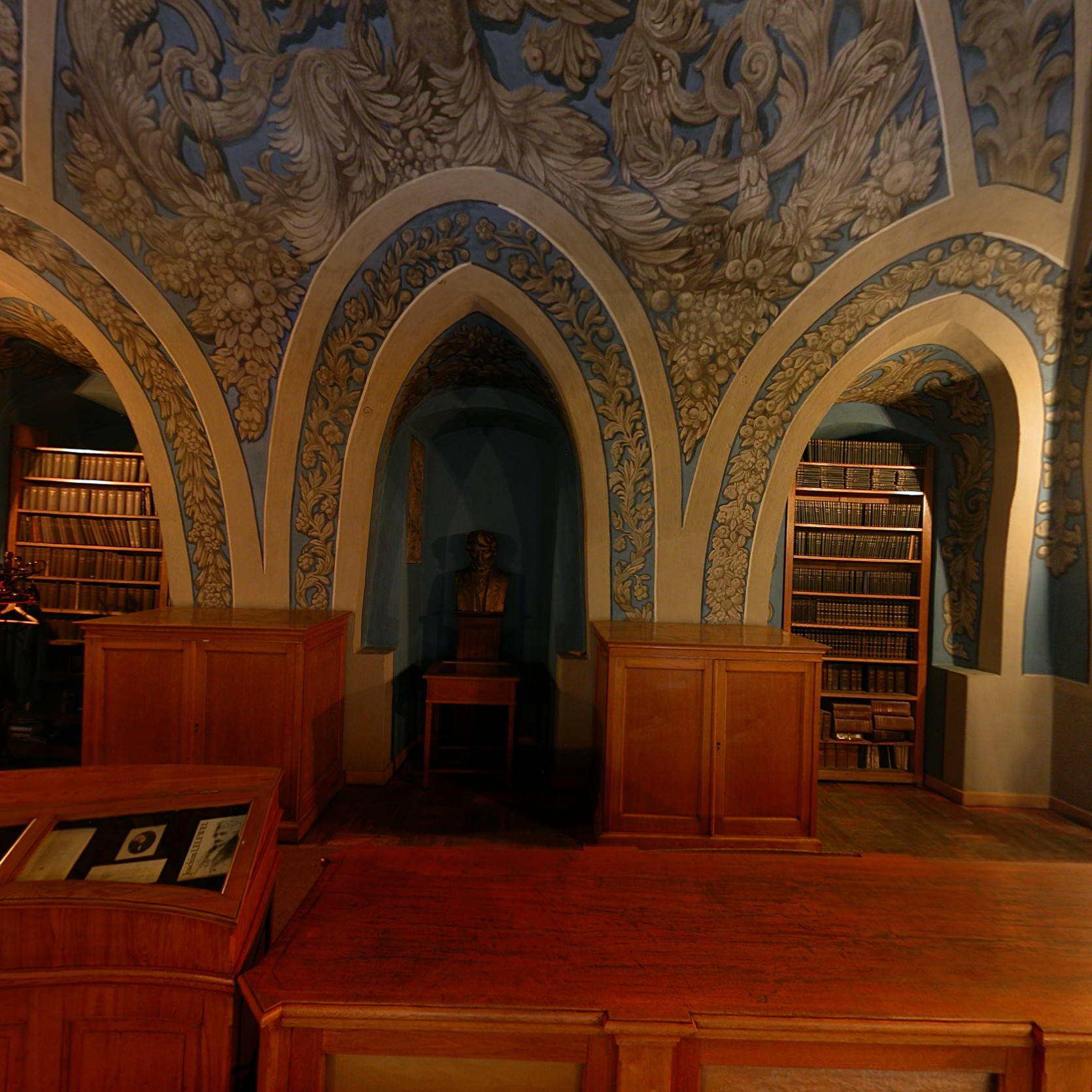 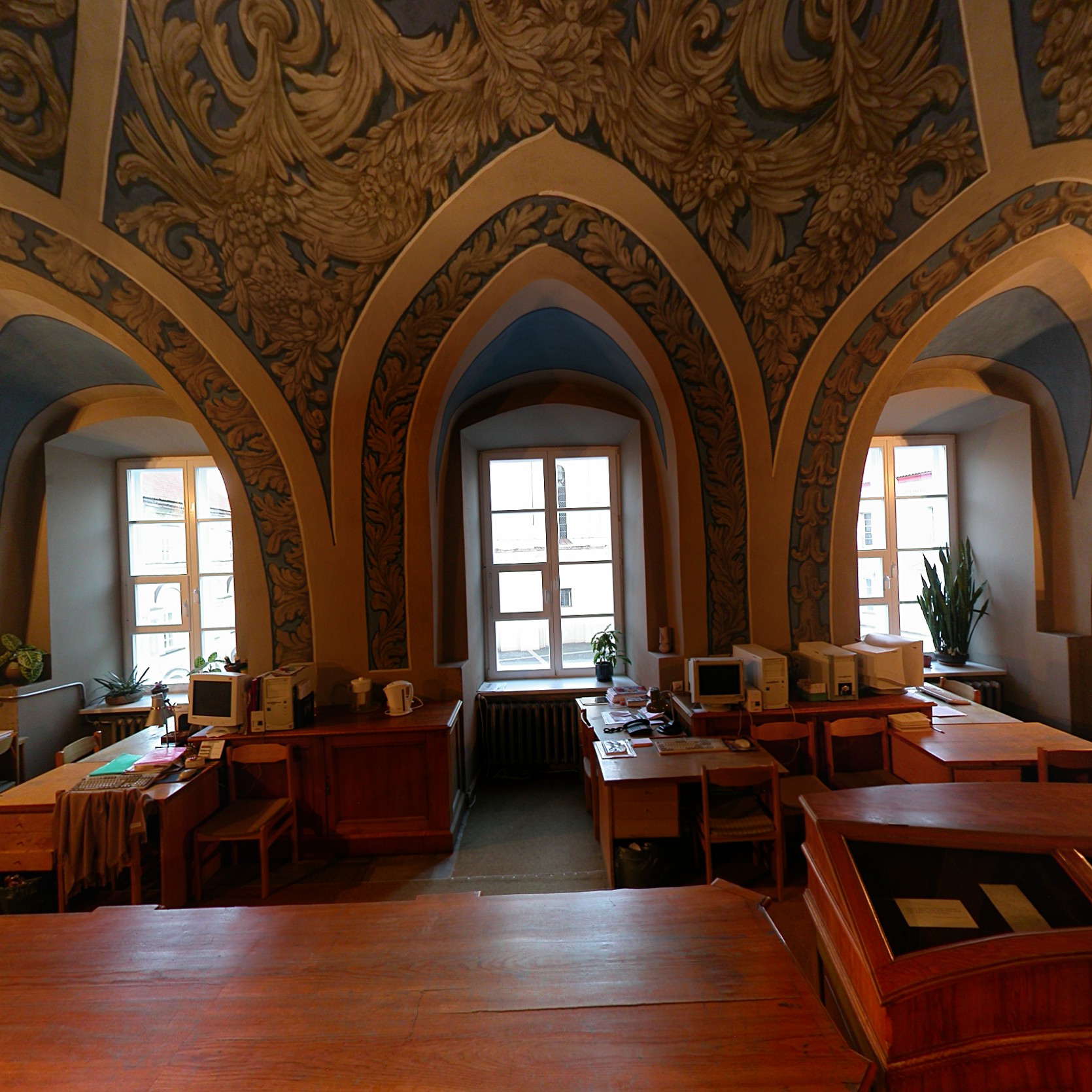 Performer of a musical work: GITARA 020

On the second floor you will see the vaulted Joachim Lelewel‘s Hall, dating back to Jesuit times when it was a chapel. After the dissolution of the Jesuit Order, the chapel was given to the Department of Physics. Later the chapel was divided into two storeys: the lower storey was used s a physics laboratory, and the present hall was used by the Department of Painting.
In 1929, in accordance with the last will of Joachim Lelewel, professor of history at Vilnius University, his remains were moved and buried in Rasos cemetery in Vilnius, and his rich library with collection of atlases and maps was inherited by Vilnius University. It was then the Hall was named after Joachim Lelewel and a commemorative exhibition was arranged.