The Carpet of Brides in Nemajūnai Church (read) 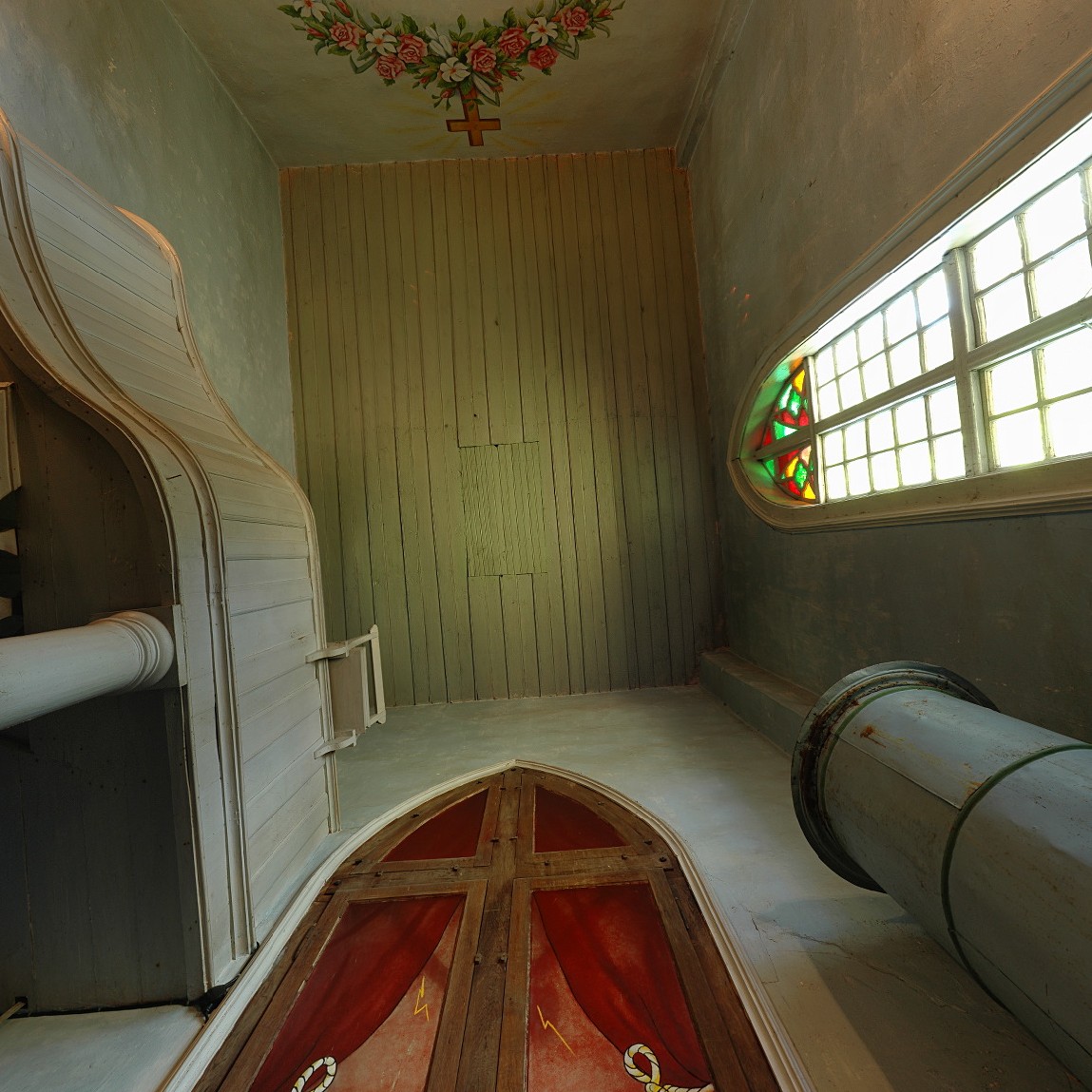 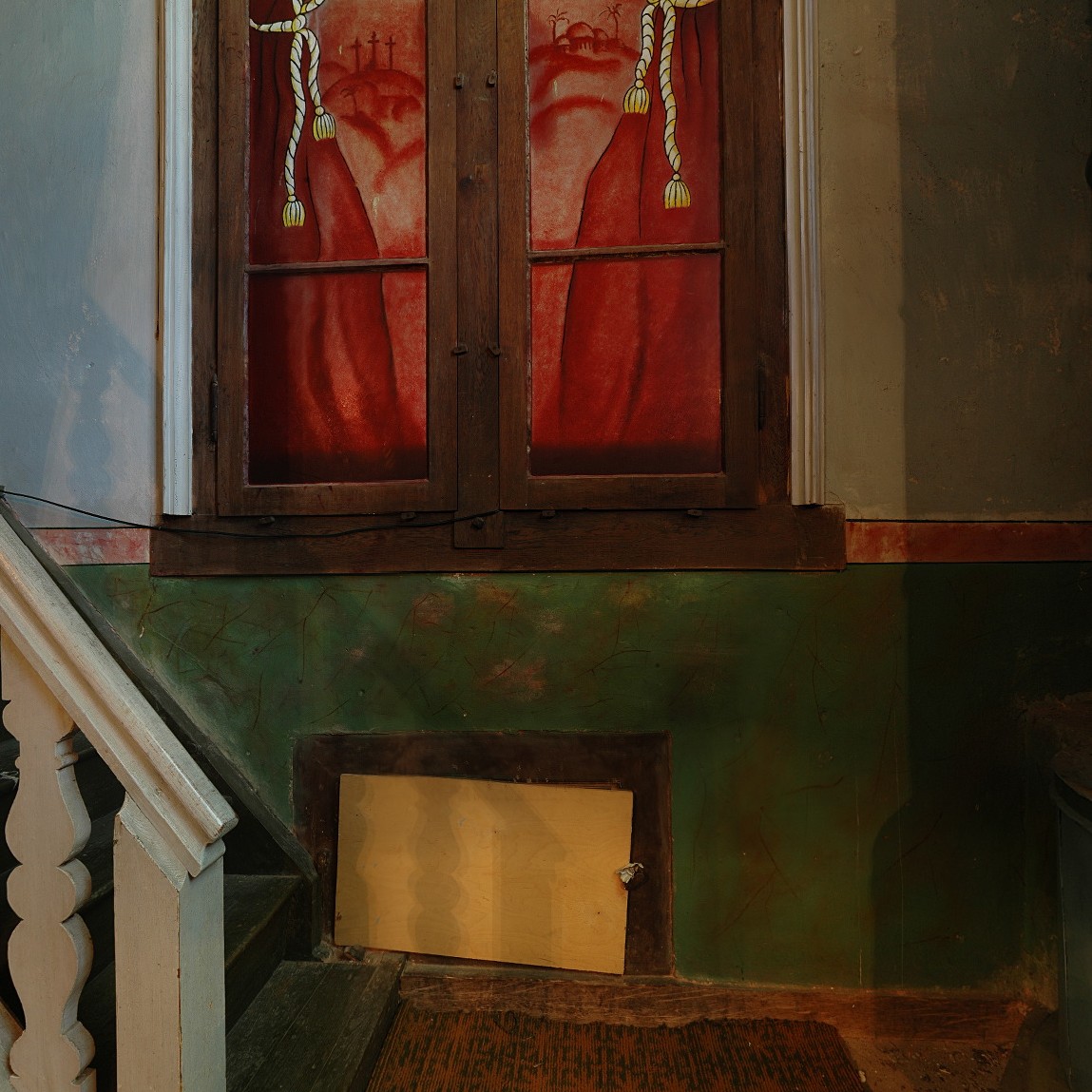 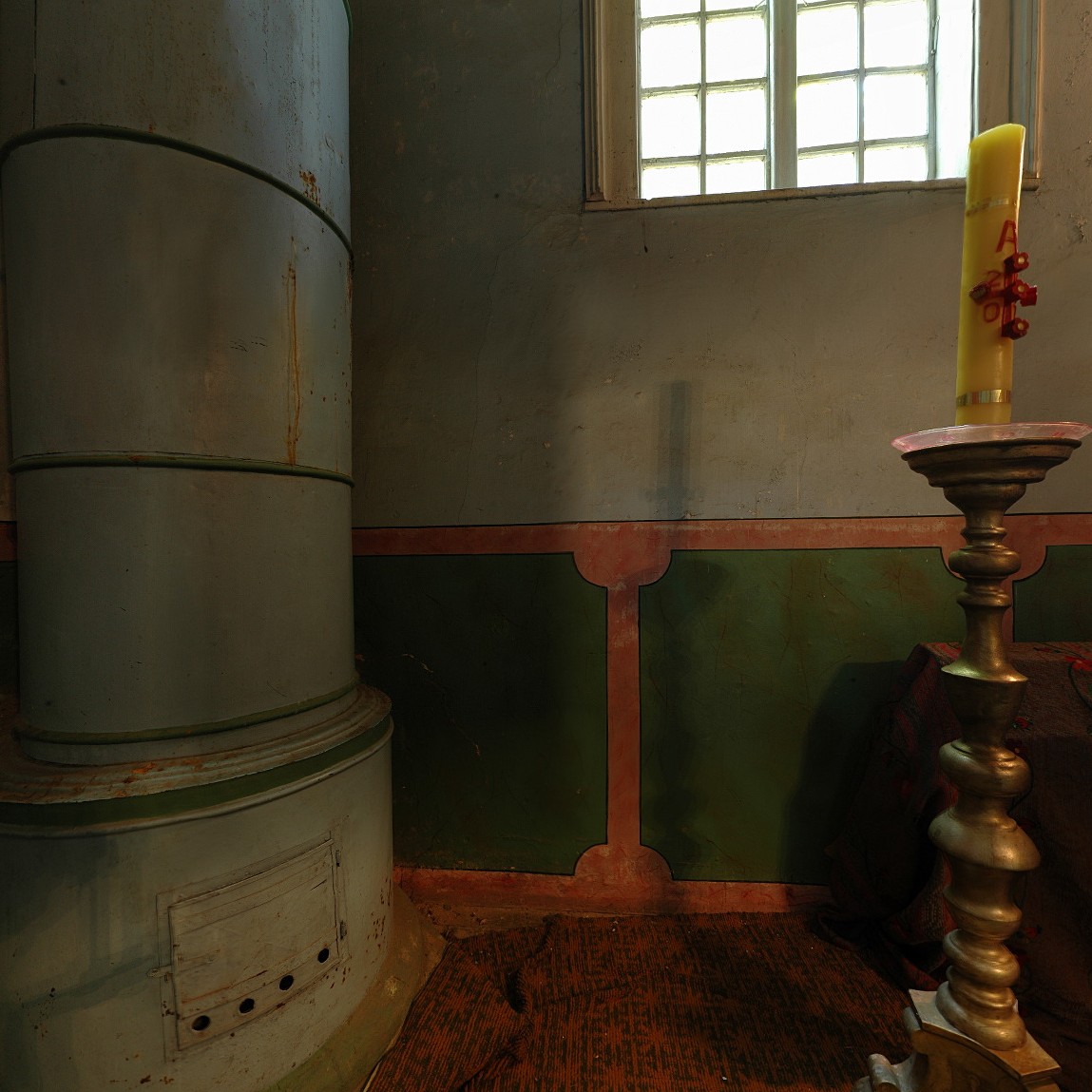 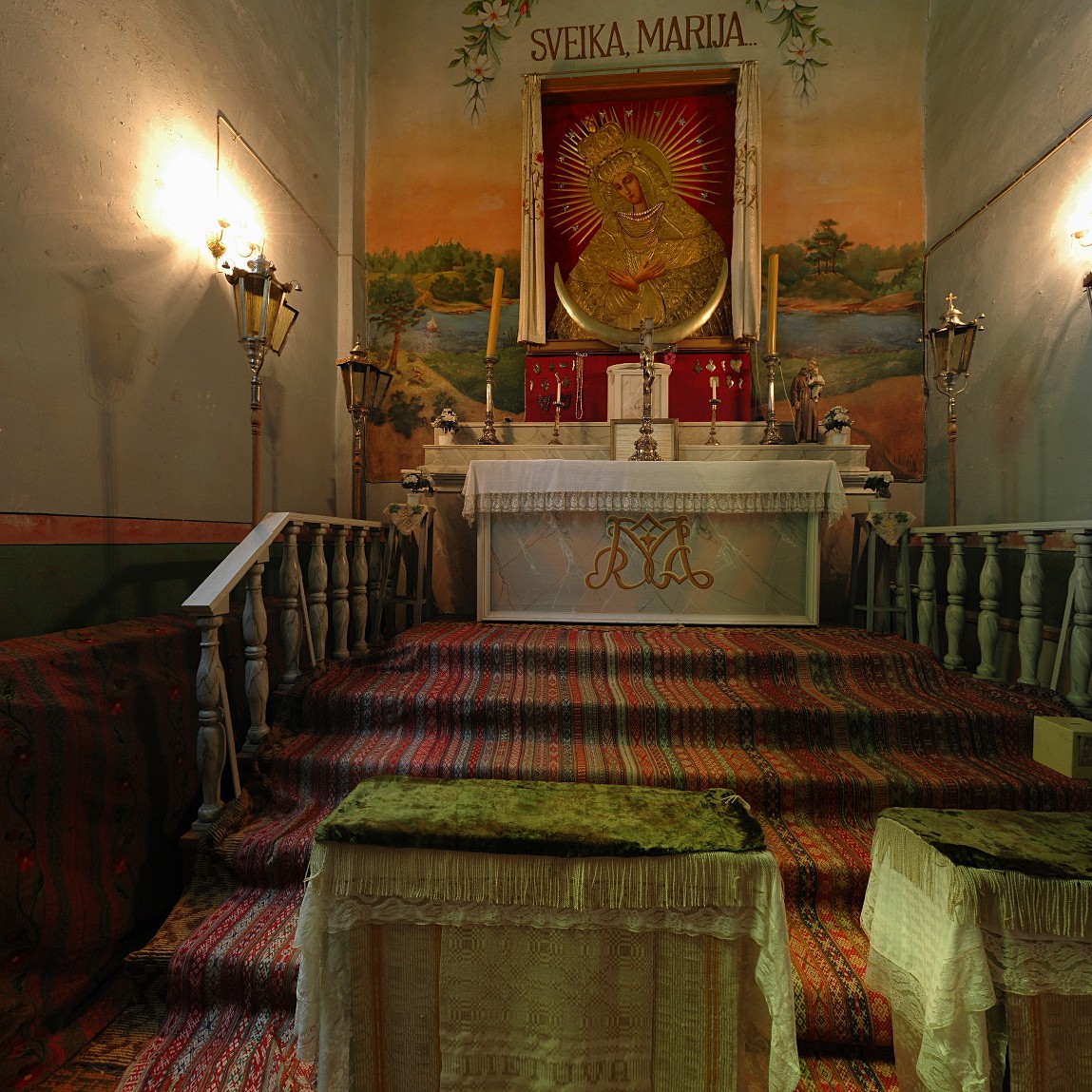 Object: The Carpet of Brides The Chapel of St. Mary is located behind the stained-glass door on the left side of the high altar of the Sts. Peter and Paul Church. The painting of the Mother of God adorns the chapel. The copy of the original painting from the Vilnius Gate of Dawn was done in oil-colour on sateen. The creator of this work was the academic Karol Rafałowicz. A bronze and gilded St. Mary is depicted with two crowns, 12 stars and 43 rays on blue velvet. In 1886, the painting was donated to the church by Mataušas Rukas.

The chapel also keeps a piece of folk art from the 19th century. It is a carpet made from the sashes of 64 brides. Neither of the sashes has an indication of date; it is therefore difficult to ascertain the age of the carpet. The carpet kept at the Nemajūnai church is the largest known in Lithuania.

The story has it that, on her wedding day, a bride from Nemajūnai village gave an originally patterned sash to the parson as a present. The idea of giving the sash to the parson is supposed to have originated during the bridal-shower expecting the grace of God for the future family. Other young women followed her example, and in the course of time it became a tradition. The number of sashes increased, and women from the parish decided to sew them together in order not to lose them.

Around 1988, the carpet was taken to a museum in Vilkija. Arūnas Sniečkus, the Director of the Museum of Commemoration of A. and J. Juška, came to Nemajūnai in search of the new exhibits. A woman who worked in the church showed him the treasures kept in the attic. After he left the village, the museologist could not forget the carpet made from sashes. Soon afterwards, he obtained the necessary authorisations and came back to Nemajūnai. The then priest Juozas Lunius agreed to lend the carpet for a year. After a year, Mr. Sniečkus brought the carpet and asked to extend the period for its display in the museum because the carpet was a source of positive energy; it had a soothing effect and attracted a lot of visitors. According to him, young women who stayed near the carpet for some time more easily and quickly found their future husbands. Although the carpet was not chemically treated, it was not attacked by any pests or affected by fire. The parson consented to the museologist’s request, and the carpet was kept in the Museum of Commemoration of A. and J. Juška for more than a decade. This period in Vilkija was the renaissance for the carpet of brides – people from all over Lithuania came to see the carpet and use its healing powers.

However, one day the inhabitants of Nemajūnai missed the carpet. Perhaps they wouldn’t have missed it if not for the published articles about this 19th-century piece of folk art. The parish started inquiring of the parson about the carpet with magical powers. Four registered letters had to be sent in order to arrange a meeting between the parson and the director of the museum. Mr. Sniečkus willingly agreed to return the carpet and apologised for keeping it for such a long time.

It was suggested to display this unique carpet in the Birštonas Sacral Museum so that a greater number of people could see it. However, a decision was made to leave it in the Nemajūnai church – the place of its “origin”.
There are several other similar pieces of folk art in Lithuania. The National Museum keeps carpets of six different sizes made from sashes. Ethnologists haven’t conducted any individual research on sash carpets. They are attributed to a type of handicraft more typical of the Suvalkija Region. Some carpets have an indication of purpose, for example, a carpet for covering a seat in the cart, made from 30 selected sashes, or a carpet hung on a wall beside the bed, sewn from six specially woven selected sashes. Other carpets from the Šakiai County, made from 21 or 17 selected sashes, date back to the end of the 19th century. The carpets are bright and multi-coloured: green, red, cherry, violet. The linen background of sashes is white or black.

Sashes are one of the oldest and most popular of multi-coloured Lithuanian folk textiles. Woven sashes were clewed and put into the dower-chest. Giving sashes as presents was related to various folkways. Since the old times they were considered a symbol of happiness, gratitude, and affection. Sashes were a means for the bride to ransom her journey to a “foreign country”. It was a precious present: young women gave it to their dearest and bridesmaids gave it to groomsmen during the wedding.