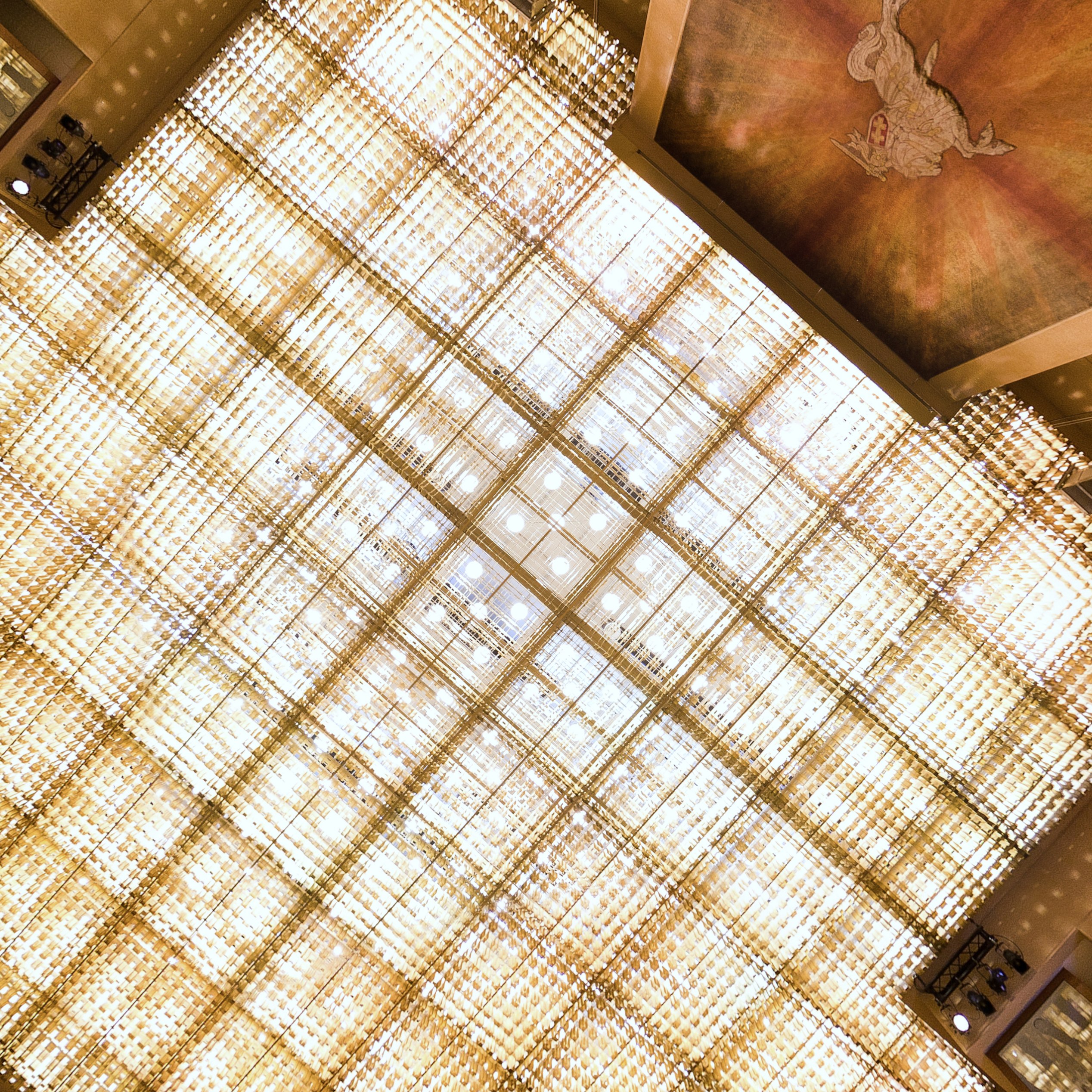 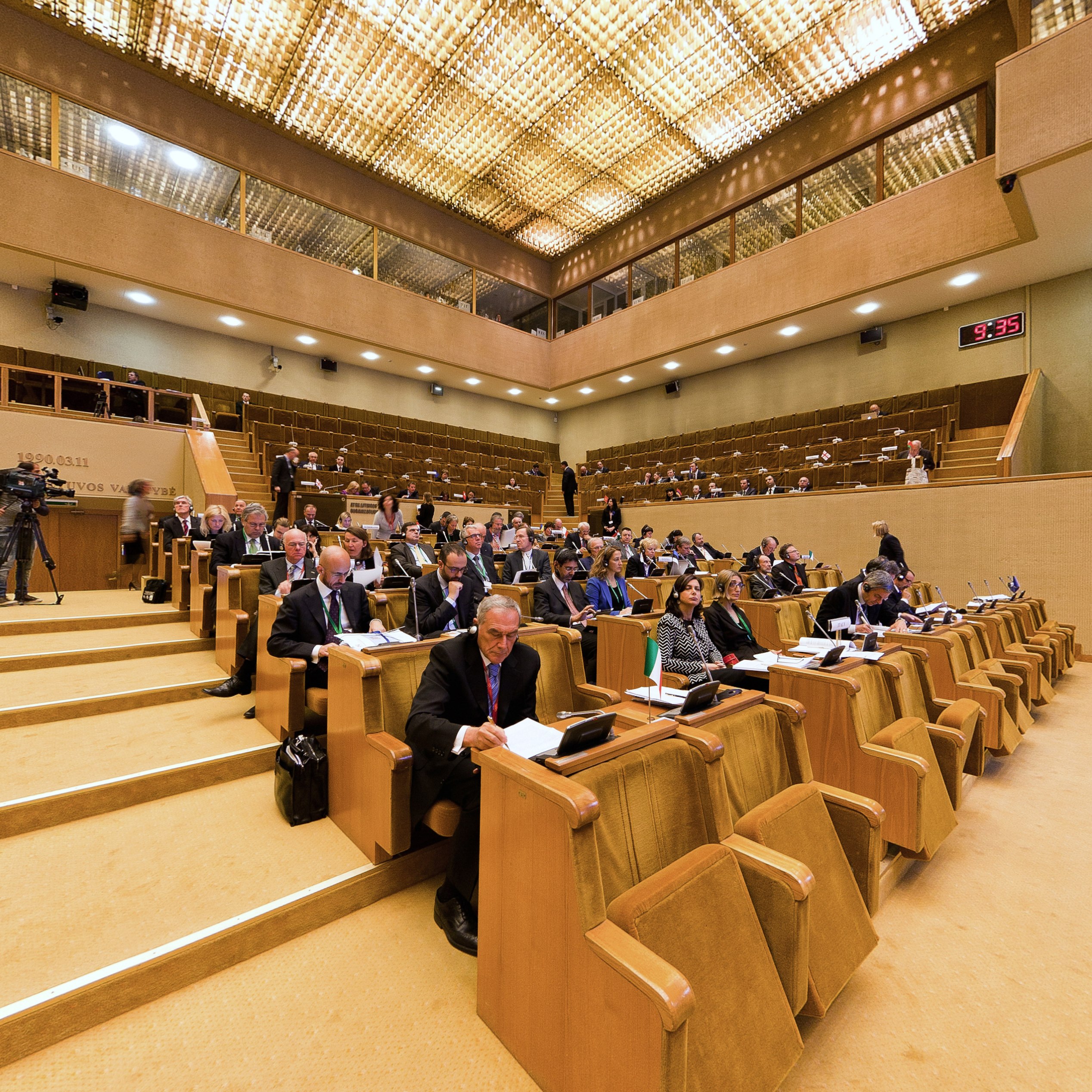 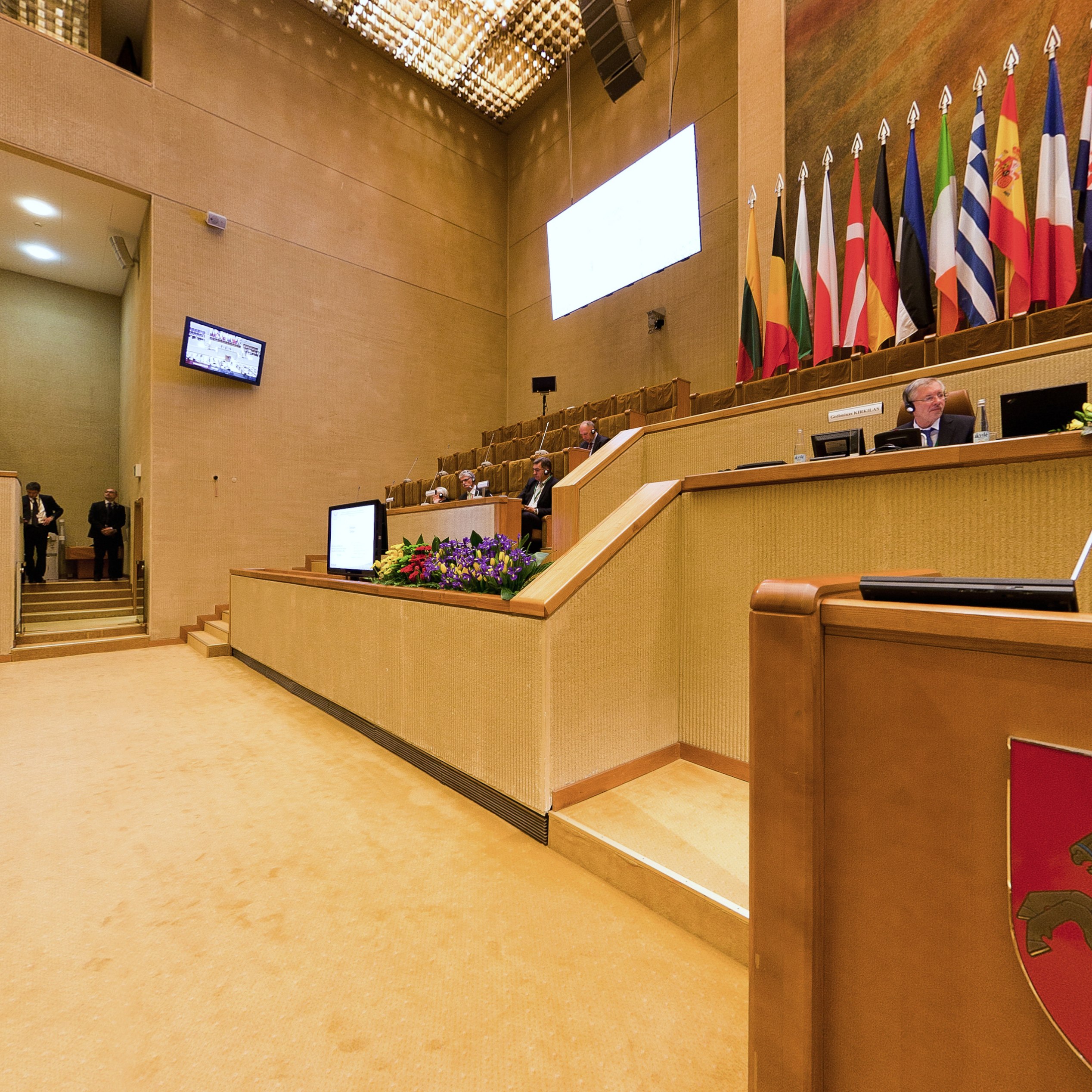 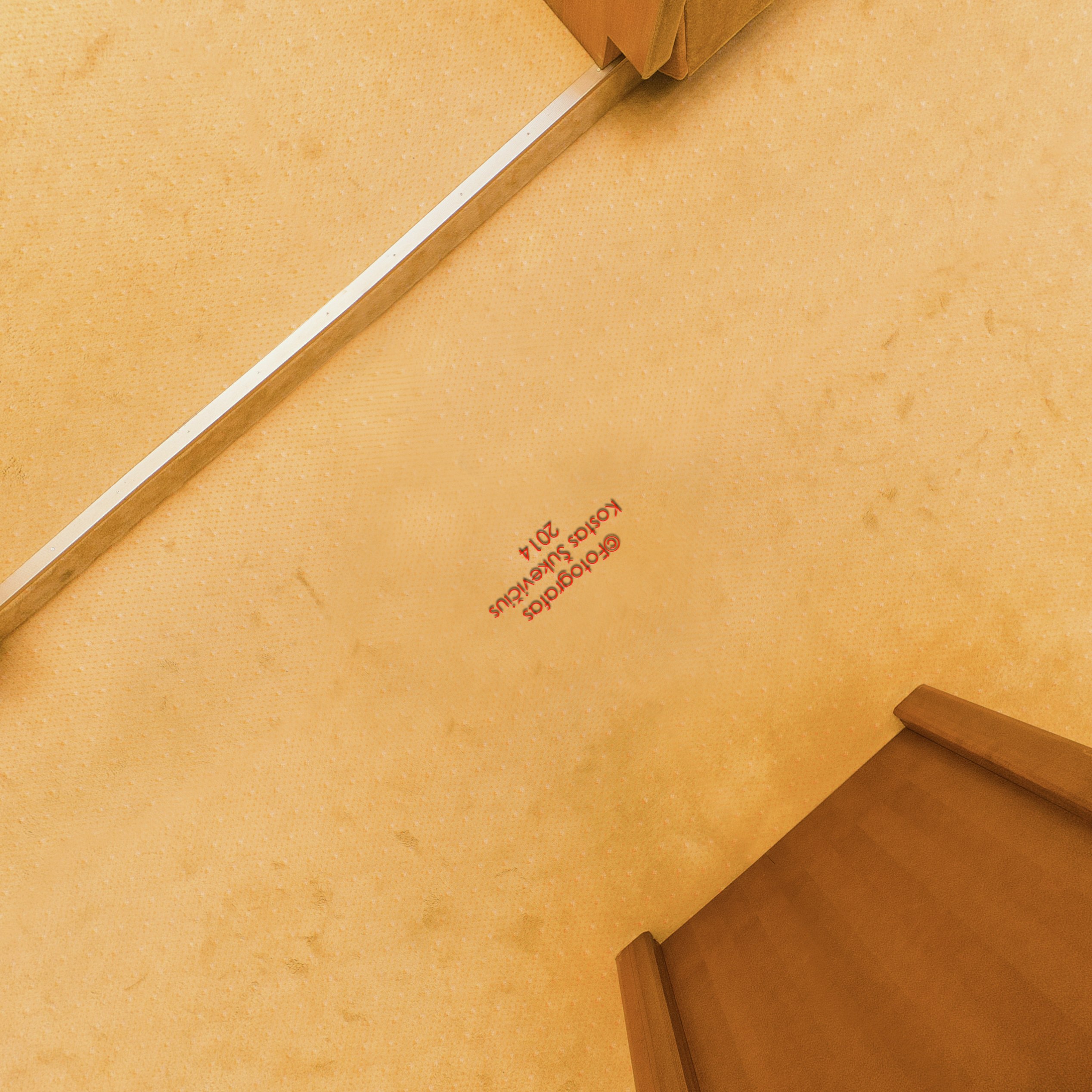 All panoramas of this object: Events in the Seimas of the Republic of Lithuania (15) The Conference of Speakers of European Union Parliaments has already started in the Seimas of the Republic of Lithuania for the first time in the history of our country. It is the final and one of the largest parliamentary dimension events of the Lithuanian Presidency of the Council of the European Union, which is conducted by the national Parliament of the Member State holding the Presidency in the second semester of the year and organised by this Member State following the completion of its Presidency in the first semester of the next year.

The first day of the event included the meeting of the Speakers of the Parliaments of the Presidency Trio and the European Parliament with participation of Miguel Angel Martínez Martínez, Vice-President of the European Parliament; Loreta Graužinienė, Speaker of the Seimas; Laura Boldrini, President of the Chamber of Deputies of the Italian Republic; Pietro Grasso, President of the Senate of the Republic of Italy; and Sofoklis Fyttis, Chair of the Standing Committee on Human Rights and on Equal Opportunities for Men and Women of the House of Representatives of the Republic of Cyprus. The meeting discussed the programme of the Conference and the draft Presidency Conclusions.

“The draft Conclusions focus on the interparliamentary cooperation with the Eastern Partnership countries, express strong support to Ukraine’s sovereignty, independence and territorial integrity, and strongly condemn Russia’s military intervention in Ukraine. It is also our aim that immediate financial support that is vital to Ukraine already today is approved in the Conclusions,” states Loreta Graužinienė.

Speakers stress the need to strengthen the strategic nature of the Eastern Partnership programme and ensure its continuity.

The draft Conclusions outline the achievements over the last five years since the entry of the Treaty ofLisbon into force, one of them being the greater involvement of national Parliaments in the EU legislative process. Speakers propose that COSAC explores the possibilities for more efficient use of subsidiarit

One of the most important items in the Conclusions is tackling unemployment, particularly youth unemployment. Much focus is given to reducing macroeconomic imbalances with a view to ensuring stable economic growth. Speakers also express their support for the creation of a banking union in the euro area and hope that the Single Supervisory Mechanism will start operating in autumn 2014.

Speakers note the importance of the Interparliamentary Conference on Economic and Financial Governance of the European Union providing that the Conference can serve as a useful parliamentary forum to discuss and exchange ideas, information, and best practice on economic and financial governance in the Union.
With respect to the interparliamentary cooperation in the area of freedom, security and justice it is suggested that the strategic guidelines in the AFSJ should be more targeted than the Stockholm programme, which was very wide in scope. Moreover, the new guidelines should concentrate mostly on implementing, consolidating and streamlining the existing policies and legislation.

Forty-five foreign delegations from 33 countries have already arrived at the conference of the highest political level.

On 7 April, the participants are welcomed by Loreta Graužinienė, Speaker of the Seimas, and Jose Manuel Barroso, President of the European Commission (video message from Brussels).

At Session I, Speakers will discuss the role of parliaments in tackling the consequences of the economic and financial crisis. Session II will focus on the topic “Five years after coming into force of the Treaty of Lisbon: lessons of subsidiarity checks in parliaments”. Session III is devoted to interparliamentary cooperation with the Eastern Partnership countries.

On 8 April, commemoration of the International Roma Day and adoption of a declaration are expected. Session IV will include the discussion on the interparliamentary cooperation in the area of freedom, security and justice.

The Conference of Speakers of European Union Parliaments is expected to conclude with the adoption of the Presidency Conclusions.