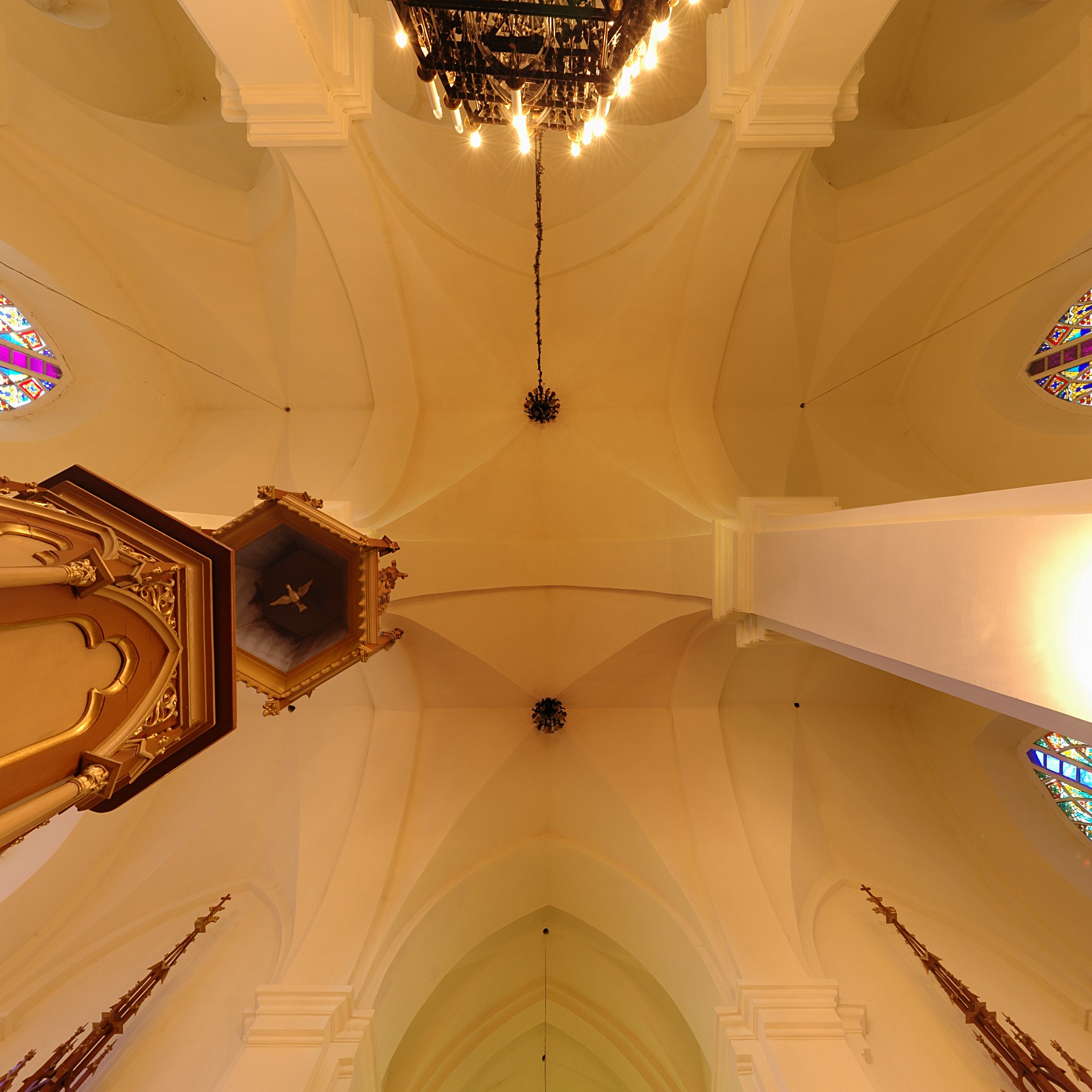 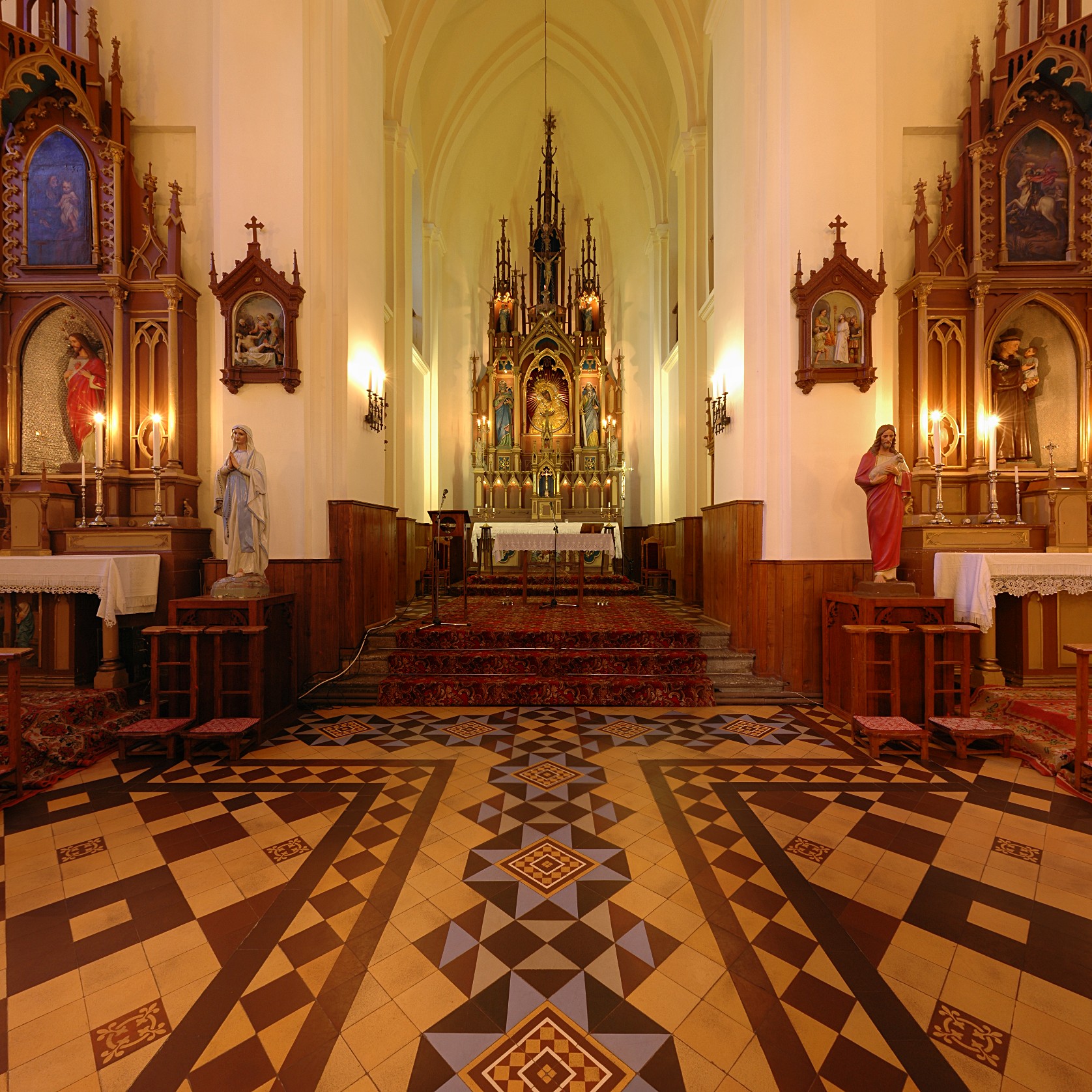 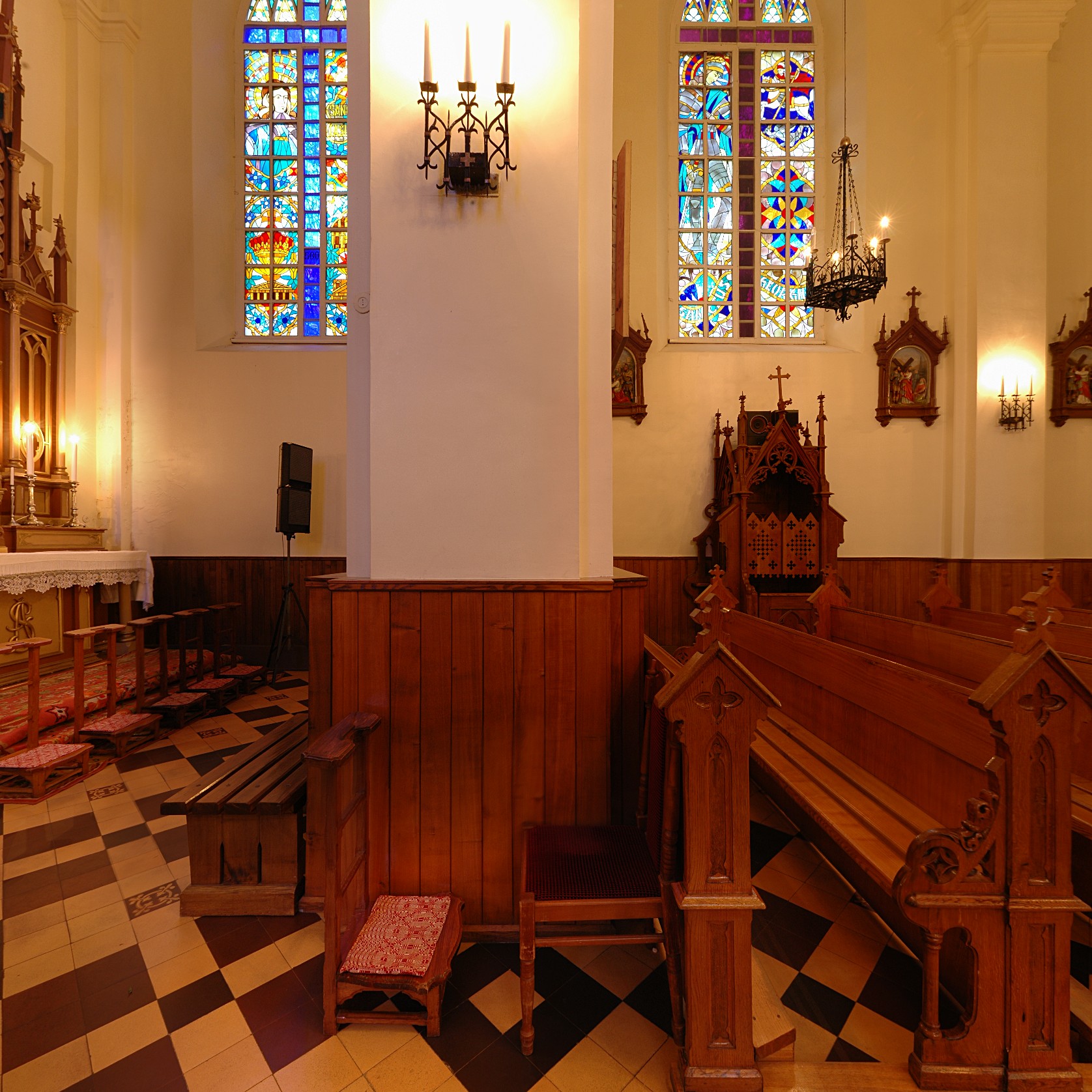 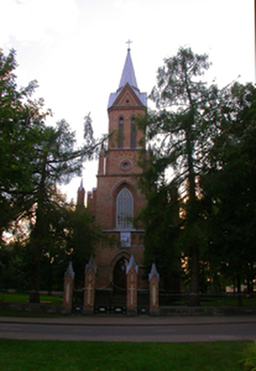 A church is supposed to have stood in Birštonas dating back to 1529 (Birštonas is called a town in official documents of that time). At the beginning of the 17th century, Prienai and Birštonas elder, Kasparas Horvartas, was committed to rebuilding a decayed church into an affiliate of the Prienai Church. Later, in the middle of the 17th century, the King of Poland and Grand Duke of Lithuania, Władysław IV, gave 7 rural homesteads together with serfs to the affiliate of Prienai Church. The church was burned down during the Northern Wars (1655) and had to be rebuilt. Prienai elder, Duke Kazimieras Sapiega, showed initiative and funded reconstruction of the church in 1787. The Birštonas parish was re-established in 1795. A new brick church was designed by the famous architect, Vaclovas Michnevičius, in 1900. A cornerstone was laid in 1903. Birštonas parish priest Jonas Karvelis directed the works, and architect Edmundas Emilijanas Frykas was a construction supervisor. In 1909, the church was dedicated to St. Anthony of Padua. Birštonas Church is neogothic, with a high tower. It has three naves, the inside is vaulted, and the floor is laid with mosaic stone slabs.

The place of worship is decorated with the painting “Saint Judas Thaddeus” by painter Nikodemas Silvanavičius. Another painting “Saint Apostle Simon” was painted by an unknown Lithuanian painter of the 19th century. The central altar of the church contains the painting of the “Blessed Virgin Mary Mother of Mercy of the Gate of Dawn” (author Stanislovas Gobiata), and the painting “Saint Joseph with the Infant” on the left altar is supposed to be from the 18th century church.

The church is decorated by impressive stained glass. In 1984–1986, priest Mykolas Marijonas Petkevičius asked the famous Lithuanian stained glass artist Vytautas Švarlis and the painter Andrius Giedrimas to memorialize the 500th anniversary of Christianization of Lithuania (1387) and the 500th anniversary of the death of St. Casimir, the patron saint of Lithuania (1484). The stained glass depicts Lithuanian Christianization initiators, Duke Mindaugas (1251) and Duke Vytautas the Great (1386), and bishops Motiejus Valančius and Valerijonas Protasevičius (Lithuanian enlightener of the 16th century). Other stained glass depicts St. George, Archangel Michael, and St. Maximilian Kolbe (a martyr from the 20th century).

The church organ was built by a famous organ specialist Jonas Garalevičius from Kaunas around 1908. The artist of the organ’s front was Adomas Karalius (1908). Most of the metal pipes were factory made. The different parts of the console, as was common in Lithuania at the end of the 19th century and the beginning of the 20th century, were bought in Germany or neighbouring Western European countries; wooden pipes and most mechanical parts were made in Lithuania. In 1959, Stanislovas and Liudvikas Černiauskai performed major repairs of the organ. In 1999, the organ was revitalized by Laimonas Pikutis from Vilnius

The feast of St. Anthony of Padua, the Scapular of Our Lady of Mount Carmel, Blessed Virgin Mary, and Mother of Mercy are celebrated, and concerts of sacral music are given in the church.